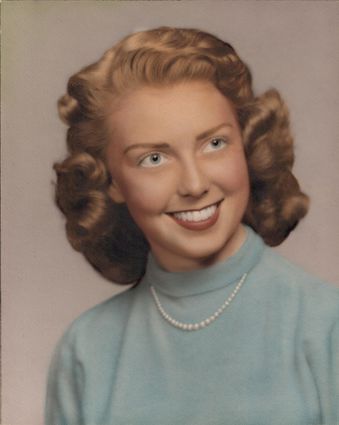 Kay Millwee was born on June 8, 1938, in Vian, Okla. She moved to Kern County with her mother as a child while in grade school, and she was adopted by Ray Holly Duerksen when he married her mother, Sadie. Kay graduated from Shafter High in 1956. She married Robert Millwee on Feb. 20, 1960 and they were married 38 years before his passing in 1998. They had two children, Jeff in 1966 and Jana in 1971. Kay was a homemaker while Robert joined her father, Ray, working at his new car dealership, Richland Chevrolet in Shafter.

Kay was very involved in the Shafter community. She gave dance and baton lessons, directed the high school majorettes and served in the PTA and service clubs. Kay enjoyed singing in the church choir at the Congregational Bible Church of Shafter where she and Robert were members. Along with good friend, Sharon Biloff, Kay brought the Junior Miss program to Shafter changing what was currently "Miss Shafter" to "Shafter's Junior Miss." The Shafter Junior Miss program packed the SHS auditorium year after year and was well held in high regard in the state. During those years Kay developed friendships with hundreds of girls and their families.

Kay had the gift of hospitality. It was not uncommon for her to have a kitchen full of teenagers who would pop in for a glass of tea and some conversation. For many years she served lunch daily for any friends who wanted to stop by. Kay and Robert had a large circle of friends and a vibrant social life for many years. They were committed to their children as well and took regular summer vacations to Newport Beach with friends.

After Robert's untimely passing at age 61 in 1998, a lot of her time was spent helping to raise her daughter's three children. In 2006, Kay renewed a strong friendship from her high school years with Gervis Robey. Gervis moved to Shafter to be her housemate and helped to care for her for many years. We are grateful for his loving care even through these last more difficult months. In 2010, Kay mourned the loss of her daughter, Jana, and continued to play a nurturing role in the lives of Jana's children.