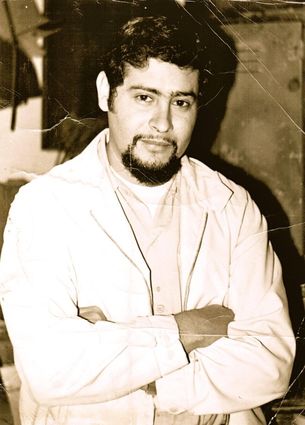 Surrounded by loved ones, Henry Gonzales, 78, of Bakersfield, sadly passed away in his home on the morning of Dec. 31, 2020. Henry served as an inspiration for others throughout his life, and it was no different in his final years as he bravely battled with a serious heart condition. Despite the difficulties of his struggle, he never gave up on life but stayed strong to the end, continuing to love his family and his dogs, exercise, and care for his garden and citrus trees.

Henry knew cars well, so he worked primarily in the auto-body repair industry, either fixing vehicles himself or starting, operating, and selling auto-body repair businesses. He also had experience working as a freelance insurance appraiser. He took great pride in his work, giving his best in service to his family and leaving a fine example for his children and grandchildren to follow.

Henry was a faithful, caring, and devoted father and husband and his family was the most important part of his life. He truly was happiest when life was at its simplest. To him that meant cooking a delicious meal for his family and then sitting nestled cozily on the sofa with his wife as they cherished their time together along with a glass of red wine. It was the simple pleasures in life that he pursued, and he was a happier man for it.

If Henry ever made time for himself, it was to go fishing, but he usually brought his family along for that too. Apart from cooking, gardening, and working out, this was one of his favorite activities. Henry also had an artistic side. In his younger years, Henry played the saxophone in bands called Los Diamantes and Los Reyes. As a high school student, he won an art competition by submitting a portrait drawing of one of his sisters, Belinda Capilla.

Henry's life will be honored. A rosary was held on Monday, Jan. 11, 2021 at Peter's Funeral Home, 844 E. Lerdo Highway, Shafter. A service was held on Tuesday, Jan. 12, 2021 at Saint Therese Catholic Church, 300 W. Lerdo Highway, Shafter. The graveside service followed shortly after at Shafter Memorial Park Cemetery. Following the graveside service, a reception was held at Lamont Assembly of God. Lastly, Henry's family would like to thank everyone for their love, support, and prayers. Henry lived a beautiful life on earth and now he is in heaven for his eternal one.