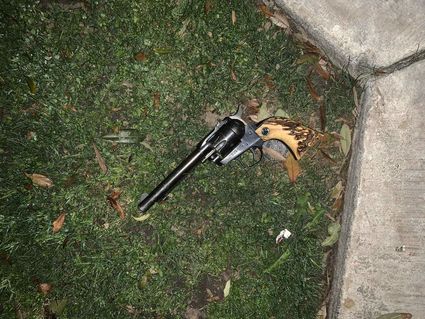 Deputies recently confiscated a gun on Griffith Avenue after a driver fled the scene.

On Monday, Jan. 11, Kern County Sheriff's Office deputies were called to the 1300 block of Griffith Avenue to check in after recent thefts in the area. According to the report, deputies attempted to stop a vehicle leaving the area driven by Bernardo Montanez, 34, of Wasco.

Montanez evaded deputies and was located a short time later and taken into custody, the report said. During the investigation, a loaded .22 caliber revolver was found where Montanez was first seen.