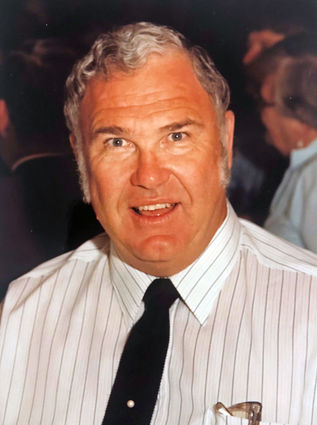 On Tuesday, Dec. 1, 2020, Robert "Bob" Alfred Smith, loving husband, father, grandfather, coach, and community mentor passed away at the age of 87 in Bakersfield.

Bob was born on July 20, 1933, in Caile, Mississippi to Henry Alfred and Anna "Elizabeth" (Sumerall) Smith.

He grew up on his family's farm in the Mississippi Delta and was raised by his maternal grandparents. Bob graduated from Inverness High School before attending the University of Mississippi on a football scholarship. He left Ole Miss in 1953 to join the United States Air Force, where he served until 1957. His service included a 2-year stint stationed at the United States' northernmost military base, Thule Air Force Base, in Greenland, which is located less than 750 miles from the North Pole.

After an honorable discharge, he moved to the Pacific Northwest and married his first wife Donna Smith. They had two children, Quanita and Bryan. Bob continued to serve in the Air Force reserve while simultaneously attending school and working on ranches in the region – earning his Bachelor's Degree from Eastern Oregon University (formerly Eastern Oregon College) in 1961.

Bob moved to Shafter in the mid-1960s to pursue a teaching opportunity. He taught science, math, and woodworking at Shafter High School, and also coached football, basketball, and swimming and diving teams at the school.

During his summer breaks, Bob photographed weddings and coached the Shafter Stingrays summer swim team. He was tapped as the program's inaugural coach in 1969 – a role he kept until the late 1970s – earning his well-known nickname "Coach" from his former swimmers and their parents – a moniker that stayed with him for the rest of his life.

In 1982 he married the love of his life, Zoe Ann Janzen, and the two were together until his death.

Bob finished his public school teaching career at the local continuation school – retiring with 26 years of public school teaching under his belt. Restless after retirement, Bob continued to work many jobs to stay connected with others, while keeping his mind and body active. A few of those jobs included traveling for a router company to give woodworking demonstrations across the U.S. and Canada, taking tickets at Bakersfield Blaze baseball games, and teaching several additional years at San Joaquin Valley College in Bakersfield.

In his later years, Bob continued to tutor math and science to many of his former students' children at no charge. He was also well known for his exceptional woodworking, particularly his scroll saw artwork, that he would spend hours on and give as gifts to the important people in his life.

Bob was preceded in death by his parents Henry Alfred Smith and Anna Elizabeth (Sumerall) Smith.

There will be a public visitation for Bob at Peters Funeral Home in Shafter, California on Friday, Dec. 11, from 4 to 8 p.m. and a graveside ceremony at 10 a.m. on Dec. 12 at Shafter Memorial Park.