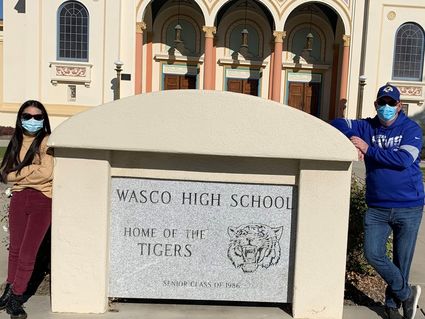 A Wasco High School girl's voice will be heard around the world Dec. 20 when her original music is released.

Natalia Crane, 14, is a freshman and has been a force in whatever she attempts. Her latest endeavor includes writing and recording her first five songs to be released digitally via Spotify, iTunes and Pandora.

Nati's dad, Ed Crane, sixth-grade teacher at Palm Avenue Middle School, is her manager. He isn't sure that's what he would call himself, but that's the role that he plays in guiding her on her career pathway.

Nati was one of the singers in Kids of Rock when they were performing under the direction of her father.

"There was a group of kids I taught at school and we formed a band," Crane said in a 2018 interview. "The kids wanted to continue with the band, so we took it one step further and formed Second to None."

Crane added that when Second to None stopped performing, he decided to concentrate on his own children's musical talents.

Nati and her brother formed a duo called Power of Two with the help from their dad as manager.

In 2019, Crane was having Nati filmed singing her latest song called "Make the World Rise." The song is about bullying and gives a powerful message to those who bully and are bullied. He was instrumental in the vision for the video and photographer Larry Delgadillo captured it all.

"I've been singing since I was 5 years old," Nati said. "My songs are about what I observe every day in the world."

Crane added that Nati writes all her own songs and plays all the music on the tracks. She often plays one instrument at a time and playing on top of each recording to further enhance the sound. Nati will sing harmony on her songs by recording over one version and adding another level to the song.

Her EP coming out in December includes the following songs, written, sung, and all instruments by Nati. Title tracks include: "Close My Eyes," "Daydream," and "Beside Me " plus two additional songs for a total of five.

"Kids don't buy CD's anymore," Crane said. "They get all their music from digital sources such as Pandora, iTunes, Spotify, Amazon music, etc."

He also said that Nati is putting out an EP, which is different from an LP (record with two sides) because an EP has five songs on it.

"A lot of artists today put out singles," Crane said. "The songs need to be approved by the publisher (Distrokid) and then they push it out."

Nati has grown into being a natural performer in school and after school. She is known for her performances during school competitions such as taking home 1st place in 2019 in the Oral Interpretation competition for a serious performance of "The Little Match Girl." 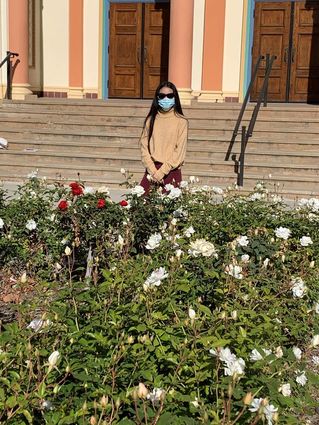 In addition, Nati has performed at the Shafter Theater in many plays and has been applauded as a very good young actress and singer.

Nati's inspiration for some of her music is the group Paramore. She is also a fan of Three Days Grace and enjoys most music including pop and rock.

Crane said that the music industry has completely changed.

"Rock music sales are literally dead," he added. "TikTok drives the music industry now. It's all about social media."

Crane believes music has always been for the kids and legendary groups such as Fleetwood Mac and the Eagles don't have to put out any new music because there is enough of their original stuff out there.