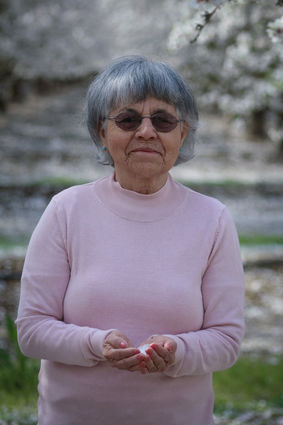 Maria Elena Trejo Gonzalez was born in Zacatecas, Mexico, on Aug. 5, 1940. She was the daughter of Rito Trejo and Maria Gudalupe De Los Santos, and one of their seven children.

Maria Elena moved to El Paso, Texas, in the1960s, and in her early years, she spent roughly 10 years as a nanny living in El Paso, Honolulu and Los Angeles.

Maria Elena met the man that would become the love of her life, Policarpio C. Gonzalez. in the early 1970s. Together, they settled down in Wasco and had three children together: Elizabeth (Gonzalez) Garcia, Daniel T. Gonzalez and Mariana (Gonzalez) Sobolewski.

Maria Elena worked very hard to provide for her family and spent many years working for the former Superior Farming Co., Sun World and Bear Creek. Maria Elena was also a very devoted and faithful Roman Catholic and spent some years providing catechism to children who lived in the Shafter Labor Camp during the late 1980s.

Maria Elena became a U.S. citizen on July 17, 1995, and was very proud of this accomplishment

When Maria Elena wasn’t working in farm labor, she loved to spend time with and caring for her seven grandchildren. Maria Elena also enjoyed gardening, cooking, baking, sewing and also considered herself a proud American who chose to speak English over her native language.

Maria Elena was affectionately known as “Darling” by all grandchildren, as well as by many other loved ones.

The Lord knew her time of suffering with Alzheimer’s disease was enough and called her home on Dec. 1. Maria Elena is preceded in death by parents Rito Trejo and Maria Guadalue De Los Santos; her sister, Amelia Gonzalez; and her loving and doting husband, Policarpio C. Gonzalez. She leaves behind her children: Elizabeth (Gonzalez) Garica, Daniel T. Gonzalez, and Mariana (Gonzalez) Sobolewski, her son-in-law, Chuck Sobolewski; and her seven grandchildren: Danny Gonzalez, Aaron Gacia, Maria Gudalupe Gonzalez, Samuel Sobolewski, Andres Gonzalez, Nicholas Sobolewski and Ciara Garcia, as well as many other loved ones.