Cobb steps up as superintendent in January 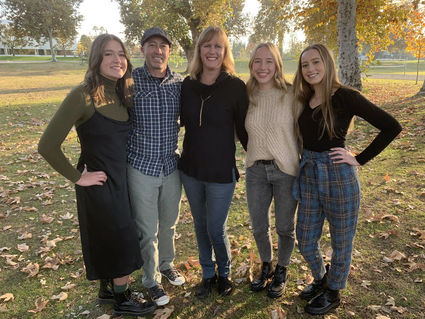 Cobb was born in Paradise, a small town in northern California. He was raised near a mountain community close to Paradise called Magalia. It wasn't until the sixth grade that his family moved to Fresno.

"The premature passing of my mother caused us to move multiple times," Cobb said. He attended high school in Klamath River and in Redding and was able to return to school in Fresno and graduate from Hoover High School.

Cobb began dating his wife, Keri, in high school before they both left Fresno for college.

Even though Cobb moved frequently, he was elected freshman class president. However he admits that there were only 40 students in the freshman class, and, "I did not feel a calling to school government at the time."

Cobb spent most of his free time competitive swimming when and wherever he could. He spent a lot of time fishing, kayaking and guiding whitewater rafting on the Klamath River.

Cobb obtained his Bachelor of Science degree in ecology and systematic biology from Cal Poly, SLO. His degree emphasis was on freshwater fisheries management.

Cobb then received his teaching and administrative credentials and two master's degrees from the University of LaVerne extension in Bakersfield.

Cobb has held several different positions within the district such as biology teacher, curriculum, testing and technology coordinator, assistant principal of curriculum, instruction and accountability and director of categorical programs as well as assistant superintendent.

He originally envisioned a career as a fisheries biologist. After moving to Wasco, he discovered that Wasco High School needed a biology teacher after Frank Thiessen moved from teaching to counseling.

"While I didn't comprehend it at the time, my personal and academic background unknowingly prepared me for a career in teaching and school administration," Cobb said.

Cobb added that even though he isn't originally from Wasco, he has been able to make many meaningful memories of living and working in Wasco over the years.

"Wasco will always hold a special place in my heart as it is where my marriage, career and family all started," he said. "I have had the privilege of being a husband and fathering three amazing daughters who have given me no shortage of happy memories."

Cobb relayed an incident that sticks out in his mind when he entered his first period classroom at Wasco High for his first teaching assignment. He described the room filled with 20-30 pigeons that had found their way into his classroom through a missing ceiling tile from the attic.

"The pigeons came to roost on the top of a large window curtain," he said. "As an inexperienced teacher, I dutifully reported the situation to the front office that found it amusing and seemed more interested in observing the entertainment than suggesting a course of action. As class was due to begin, the late John Sanford came to my rescue. He simply asked me to escort the students to the library and promptly 'disposed' of the pigeons shortly before second period."

When Cobb returned to the classroom, some students informed him there were a few small specks of blood splattered on the window curtain.

"I can only imagine what became of those pigeons, but I don't recall hearing much from the attic the rest of the year," he said.

In five years, Cobb sees himself as continuing in his role as superintendent.

"Over the last 25 years, I have come to believe that the Wasco Union High School District is an exceptional place to work," he said. "Describing the district as 'special' may be cliché, but the bonds of friendship and community create a special camaraderie not often experienced at your place of work."

Cobb said that coping with the pandemic, isolation and quarantining and not being able to have one-on-one meetings has brought many changes for individuals and organizations. He said that the district has collectively improved its proficiencies teaching and communicating in a virtual environment.

The family has made necessary adjustments. It's difficult, he said, as he watches his own children lose educational stamina and motivation over time.

"The isolation of living and working in this environment has had an unintended negative result on the mental health of many students and adults," Cobb said. "The long-term inequitable impact on education and social interaction will certainly create new challenges for us in the future." 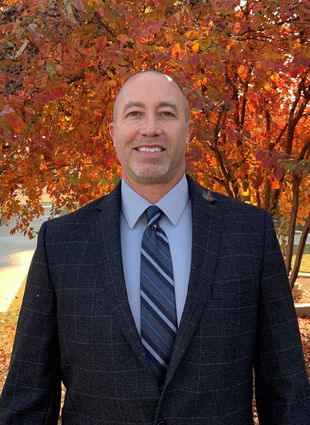 Cobb's first priority as new superintendent will be to maintain continuity and direction during a time of transition in leadership and uncertainty caused by the COVID-19 pandemic.

"I pledge to ensure that our district provides every student with the educational social tools to compete in a global economy," Cobb said.

Cobb added that with the holidays upon us, "By far, I am most thankful for the free offering of mercy and grace from my Lord and Savior Jesus Christ. I am also thankful for my family, my health and all the material comforts of living in the United States of America."

Cobb is looking forward to moving past COVID-19 pandemic and the hostility of a divided election.

"I hope the new year brings peace and restores public confidence in our government and elected officials," he said.