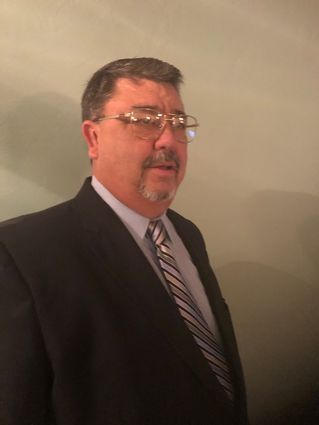 Anyone driving the streets of Wasco has spotted the many signs supporting candidate David Ward for City Council in the Nov. 3 election.

In the previous council candidate article, there was missing information on behalf of Ward.

Ward was raised in Wasco and has been here 52 years.

He stated that he feels the city needs its own police department, and he is going to work to try to make that a reality.

Ward would also like to see the city and the Recreation Department work more closely together and said that code enforcement needs to be addressed as well as the water and sewer infrastructure.

He loves the schools, community involvement and the small-town feel that is living in Wasco.

"I would like to see the downtown area, the old Kmart shopping center and the entry to town on Palm Avenue from the south changed," Ward said.

Ward has been active in the community by serving as chairperson on the Wasco Planning Commission.

"I am a 20-year member of the Wasco Community Scholarship Association serving as president for four years, currently in my fifth term," he said. "I am also on the finance committee overseeing a $1.3-million portfolio."

Through his wife, they are both involved in Toys for Tigers and his cooking crew provides barbeques for first responders. He is involved in the Wasco Rotary Reverse Drawing dinner, Friday Night Football dinners provided by the A & A, Block and Tackle BBQ's, Relay for Life, and Toys for Tigers chicken dinners while continuing to donate time to all of these events.

"Water fees need to be re-examined and an interactive system needs to be implemented so citizens can monitor their water usage," he said. "I have been told of exorbitantly high water bills by residential and commercial customers."

Ward has known his wife Donna Ward since he was 8 years old. "We have been happily married for 36 years," he said.

Ward has two children with his wife Donna Ward. His eldest is Erica (Ward) Marin, who is married and has four children. His daughter's family lives in Wasco and his son Brandon is currently employed by Haliburton.

Ward says his family is very supportive of his run for council.

He also commented on the High Speed Rail by stating that it is the train going "nowhere" and is a financial disaster; however, he acknowledges that the city manager is on top of the situation and city manager and the City Council are working closely together to resolve the situation.