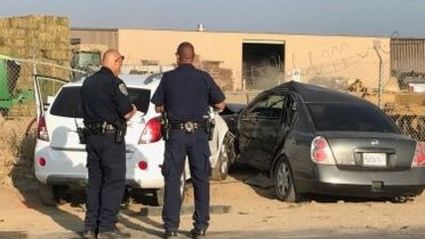 A Shafter man was killed after a crash on Burbank Avenue Monday morning.

The Shafter Police Department responded to a call involving an accident at approximately 7 a.m. on Monday. A driver of a gray Nissan, later identified as Maribel Pimentel Lopez, 30, was stopped at the intersection of Burbank and Scaroni avenues.

Lopez didn't notice the driver of a Chevrolet SUV approaching the intersection and pulled into the path of the Chevy, resulting in the Nissan being hit on the driver's side. Both vehicles then ran into a building on the property of a local ranch. Lopez was not wearing a seat belt at the time of the accident. He was pronounced dead at the scene. The California Highway Patrol is investigating the crash.