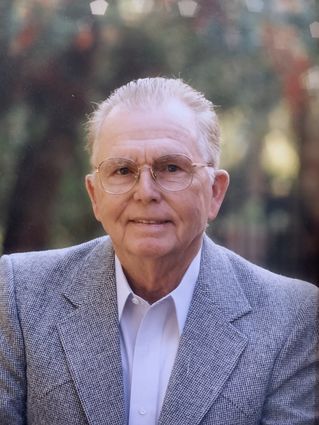 Ordell O. Portwood was born Oct. 28, 1928, in Lost Hills and passed away at his home in Wasco on Sept. 9, 2020, after an almost 27-year-long battle with Parkinson's disease. He had been in the capable hands of in-home caregivers for the past 11 years, in addition to hospice more recently.

Ordell was a very successful farmer in Wasco for several decades. He started Portwood Farms back in the 1950s, and it is still going strong today. He also raised cattle on a ranch in Springville for many years, and it remains in the family. He served our country in the Navy from 1946 to 1948. Hobbies included being a private pilot, roping cattle and riding horses.

Ordell was a much-beloved husband, father, grandfather and great-grandfather. He is survived by daughter, Pam Marler, and her husband, Bill, of Springville, and son Phil Portwood and his wife, Sue, of Wasco. Also surviving are grandchildren Brooke Grigsby of Springville, Kim Hurley of Oak Park, Calif., Brandon Holve of Washington state; and Mandy Portwood, of Wasco. He also leaves behind great-grandchildren Ryan Holve, Taylor and Caitlyn Ackerknecht, Mason and Hunter Portwood, and Donovan Grigsby.

Ordell was predeceased by his wife of 68 years, Rita Mills Portwood, in April of 2019, as well as his parents, two sisters and one brother.