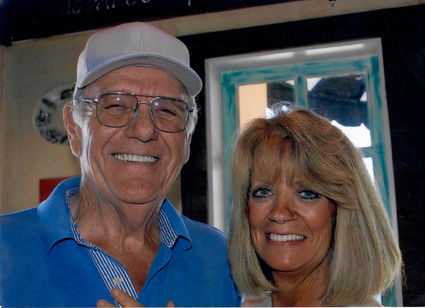 Robert Earl Duke passed away peacefully and went Home to the Lord Sept. 1, 2020.

Robert was born to Calvert Winsea and Dona Duke on July 12, 1935, in Stratford, Okla.. Robert grew up on the family farm. After graduating high school, Robert left the Family farm and moved to Wasco in 1953.

Upon arriving in Wasco, Robert worked at varied jobs. While in Wasco, Robert found his true love and married Barbara Sue Coffman in 1954 and had three sons, Mikal, Roger and Tim. Robert was a long time member of the First Southern Baptist Church in Wasco. Robert loved raising his family and being involved in the community.

After working at various jobs, Robert joined the Wasco Police Department in 1956, working through the ranks to become captain then chief of police for many years.

After the City of Wasco switched over to the Kern County Sheriffs Department, Robert transferred to Lerdo Correctional Facility as a sergeant for nine years and retired in 1990.

Upon retirement, Robert enjoyed restoring old cars and spending time with his family and friends, playing his guitar and Sonny Rivers Band, along with meeting close friends and family as various local coffee.

Robert was a very kind and giving person who helped family and friends in time of need without reservation and always willing to lend a hand.

In 2005, Robert married Debbie Nelson and spend 13 happy years with her until her passing in 2018.

He is preceded in death by his mother and father, Winsea and Dona; wife Debbie Nelson Duke; eldest son Mikal Duke; and brothers Daryl Duke and Joe Carl Duke.

Our Dad will be greatly missed by all who knew him. He is now reunited with all of his loved ones in our Father's mansion.