Farewell to a local favorite 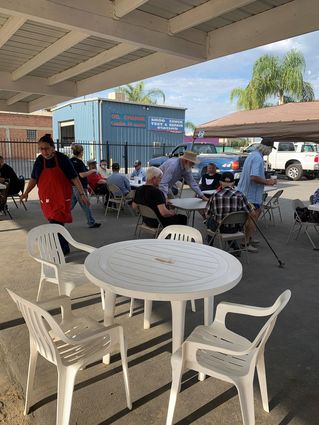 There was only one table available at Hoyett's on a recent Saturday after 9 a.m. The favorite spot for good food was shutting its doors at 1 p.m. that afternoon.

Hoyett and Easter Smothers owned Hoyett's until 1996 when employee Terri Anderson bought it from the couple.

Hoyett's opened in 1948, and Hoyett Smothers started working there that year. A friend of Easter's suggested that she head over to the burger place in town and see the new employee, who was Hoyett. Hoyett and Easter married in 1951. Easter Smothers began helping out at the restaurant as well.

Eventually they sold the restaurant to employee Terri Anderson, who owned Hoyett's from 1996 to 2010.

"I've worked here since 1983," Anderson said in an earlier interview.

Anderson sold the restaurant to Kevin Newcomb, and "told him if he needed me, I would be available to help him out," Anderson said.

Newcomb previously worked at SavMart for 25 years, but once Walmart was approved by the city, he knew Sav Mart wouldn't last long. After Newcomb bought Hoyett's, his parents, Max and Linda Newcomb, would often stop by to help out with the crowd. 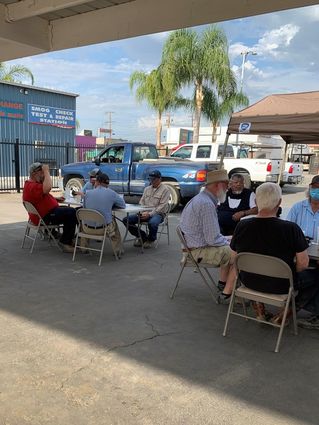 Since June, loyal customers took advantage of the warm weather and outdoor dining by spending time chatting with the staff. Everyone was friends.

Jill Drescher, Marlene Swan, Easter Smothers and Pat Stanley Pat Stanley enjoyed a last lunch with this writer at Hoyett's Friday afternoon. The restaurant was busy and all the tables were taken by noon.

Before the pandemic, Thursdays were Tri Tip day and dinner on Friday evening offered a special catfish meal.

On May 12, 2019, Hoyett's celebrated its 75th anniversary with rock-n-oll music, free charburgers and a celebratory cake for guests.

At one time, there was a Hoyett's in McFarland as well as the one in Wasco; however, the Wasco restaurant was the only remaining location.