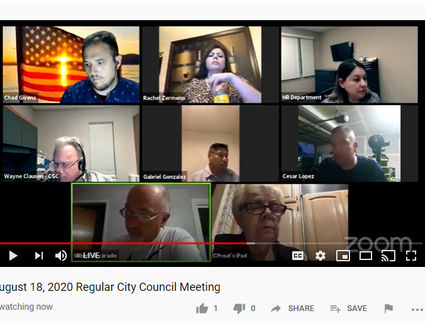 Shafter will host a group of representatives from nine cities to review a new reimbursement proposal that was put before the Kern County Board of Supervisors.

A study done by the Kern County Fire Department found that those cities had been substantially underpaying for services provided by the Kern County Fire Department. The structure of the proposal would change the manner in which the cities would be charged. The cities would be charged based on their per capita cost. For example, Shafter and Wasco would see their costs increase by about $300,000 annually, while Taft would see their cost rise to almost $1.7 million.

City Manager Gabriel Gonzales sand Shafter doesn't have to have any out of pocket costs for the services they receive because they have a fire fund that is included in their revenue from property taxes.

"With the amount of revenue we receive in property taxes, we actually have a surplus in the fire fund account. But under the new proposal, by the year 2027, our out of pocket costs would be a little over $300,000 annually."

Gonzales said the new proposal was put before the Board of Supervisors in early July. The nine contracted cities did not get an opportunity to review the proposal and didn't even know the study or the proposal existed until that meeting. In a preventive move, the nine city managers together submitted a request for an extension that would give them time to review the proposal.

The board gave the cities a 15-day extension. Realizing that this was not a sufficient amount of time to fully review the study, the city managers requested another extension.

They were then granted a 90-day extension. The involved cities decided to seek the services of CityGate Associates to assist in a review of the study and proposal put forth by the Kern County Fire Department. The cost for CityGates' services is $13,646, which would be split between the nine cities, with Shafter getting reimbursed by each individual city.

The council also approved the action taken by Shafter's emergency director, who is City Manager Gonzales, in which Gonzales put forth an executive order giving Shafter businesses the option of applying for outdoor sales permits, and waiving the usual fees associated with those permits. In response to Governor Newsom's recommendation of closing non-essential businesses operating indoors, such as restaurants, salons, barber shops and retail stores, Gonzales told local businesses they would be permitted to conduct business outdoors, including outside dining areas, as well as using parking lots and outdoor areas as retail spaces.

The council also extended the state of local emergency due to the coronavirus pandemic, allowing the city to operate under emergency conditions and to be eligible for reimbursement for funds spent in relation to the pandemic.