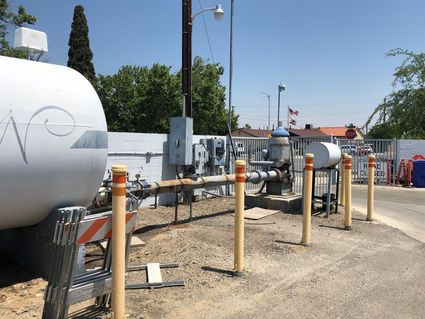 As Wasco faces the consequences of ignoring recommendations in a decade-old study, City Manager Daniel Ortiz-Hernandez addressed the current water pressure problems in a report to the City Council on Aug. 4.

Ortiz-Hernandez said the city did not follow through with the more crucial parts of a water management study in 2007.

That study made various recommendations and while some of the less important suggestions were completed, the recommendations for adding storage capacity and drilling additional wells were not realized.

"Had they been reviewed and analyzed, the city could have taken proactive steps to mitigate and avoid the issues we encountered this spring and the expense we have incurred thus far," he said.

Mayor Tilo Cortez said 2007-08 was the beginning of the financial collapse and the recession. "The city was in a financial crisis and had to let go a significant number of staff," he said. At the time, Cortez said, Larry Pennell was the city manager.

Council members then were Cortez, Danny Espitia, Cherylee Wegman, Larry Pearson and Fred West. (West and Pearson have since passed away). Wegman said she didn't know why the city is currently experiencing water issues.

Pennell said, "I talked briefly to Daniel [Ortiz-Hernandez] about the water issues facing the community recently, but regrettably was not able to remember specifics of what happened 13 years ago that involved a water study. I believe that Daniel and his staff are on the right track to solve this critical issue."

"I want to point out and stress that the current council has been proactive and persistent with staff to address water infrastructure issues," Ortiz-Hernandez said. He noted that while the current council may have been unaware of the 2007 studies, "the council has taken actions addressed during City Council meetings since I began as city manager" in 2018.

"With the addition of Biridiana Bishop as public works director in January 2019, the council began to review the water system and treatment requirements in a more comprehensive and long-term perspective," Ortiz-Hernandez said. "This led to identifying most of the wells were aging and near the end of their useful life. We are in the process of identifying sites for new wells and necessary infrastructure to support the community and our future."

One issue Ortiz-Hernandez explained to the City Council during the presentation was that the 2007 Study and Water Master Plan identified that the city would have water pressure issues. "Our capacity would not be able to keep up with peak demand unless additional water wells and water storage are considered and developed," he said.

"Even though we have not added any new water wells, in fact at present time we have fewer water wells than we had back in 2007," he added. "The city missed warning signs last year that would have alerted us to the mechanical and capacity issues we were faced with this year."

The locations of the wells are: 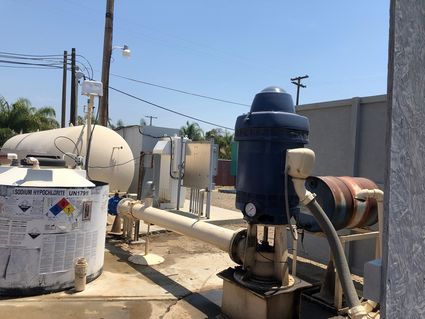 ▪ Well 8, the north side of Poso between Palm and Beckes

▪ Well 10, the SE corner of Iris and Griffith Ave.

▪ Well 12, the SE corner of McCombs and Griffith