Residents lobby to save Shafter library 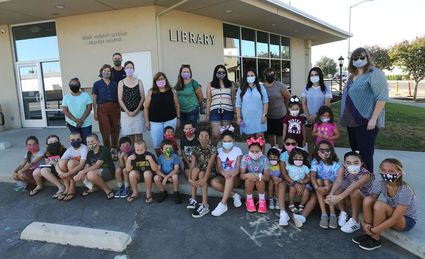 A group of concerned citizens show their support for reopening the library.

A group of Shafter residents has helped the campaign to reopen the Shafter branch of the Kern County Libraries, which received countywide attention recently as it attracted news cameras and a front page story in the Bakersfield Californian.

With the recent budget cuts, it seemed unlikely that many of the branches of the countywide system would reopen. But with an adjustment to the budget, it appears they will open a couple more libraries in addition to the eight that are open and offering curbside service.

The closest to Shafter and Wasco of those libraries is the Delano branch, which would necessitate a 20 minute trip for anyone who wants to go to the library.

Residents have also mounted a letter writing campaign on behalf of the library.

Ethan Picman, an integral part of the success of the Shafter library, encouraged the residents to speak up and take their concerns to County Supervisor David Couch, who has shown support for the group. Picman said he would love to go back to Shafter and build on its success. Picman spends part of the week in Delano and is at the Beale library on Fridays.

"I don't know if or when I will be back in Shafter, but I am advocating for Shafter and Wasco and we can still try to make our case at Supervisor Couch's office," he said.

Picman said the Shafter branch had made such great strides since he arrived on site, with the circulation increasing and the community support outstanding. Foot traffic had grown to between 4,800 and 5200 people a month, with as many as 8,000 people visiting the library some months. 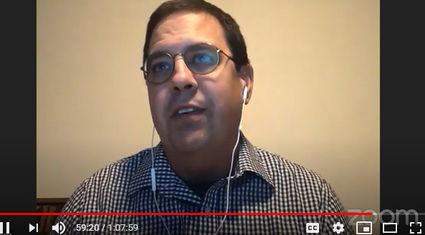 David Franz updates the City Council on the status of the Shafter Library.

Picman added that Shafter was steadily in the top ten of the county's branches in program attendance, with an average of 1,200 people a month participating in its programs and activities. These included story times, reptile shows, different activities for the children and presentations for adults given by guest speakers such as Stan Wilson from the Shafter Historical Society.

Shafter boasted a circulation of between 1,500 and 2,000 books a month, which ranks usually between eighth and 12th of the county's 24 branches, despite having the fourth smallest collection of books in the county and being the smallest branch in terms of square footage.

Picman hopes that with the support that the community gives to the Shafter library and the adjustment that was made to the budget, the branch will be able to reopen.