Danny Escalante was loved by many 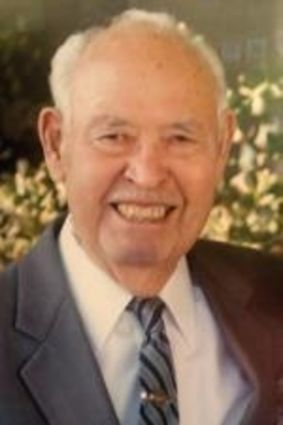 Daniel Escalante passed away just days after being honored by Honor Flight of Kern County.

When you ask about anyone about Daniel "Danny" Escalante, you are bound to hear a variety of adjectives, such as generous, kind, hard working. But most people who knew him will mention that Escalante was a truly nice guy.

Escalante passed away on July 19, just days after being honored by the Honor Flight of Kern County for his service to his country. He originally planned to participate in an Honor Flight to the nation's capital, but with the pandemic and his failing health, he was unable to attend.

Instead, the Honor Flight of Kern County honored Escalante with the presentation of an American flag that was flown in Washington, D.C., and several medals. He was joined by his children, grandchildren and a number of friends at the ceremony.

Escalante grew up in Shafter, in the area known as La Colonia, formerly known as the Mexican Colony, where he was no stranger to hard work from an early age. He helped out his family by picking grapes, cotton, potatoes, just to name a few.

He went to work for Nikkel Iron Works after finishing school and worked there for 55 years, 50 of those as a shop foreman. The only break in those 55 years was a three- year stint in the Army during World War II. After returning from the war, he went back to work for Nikkel until he retired.

Escalante was a master with a piece of metal in his hand, able to make that hunk of metal into anything that he or his friends wanted.

The only things Escalante loved more than his job were his family and his church. He and the love of his life, Julia, could be found helping out at church, as well as being involved in a variety of community events and activities. Escalante was a generous man with material things as well as with his time as he volunteered in a number of organizations.

He loved taking his children and grandchildren on camping trips as well as helping out at his sons' welding shops, where he kept busy building things. He was also involved in the Shafter Historical Society and took great pride in his Shafter roots and community.

"Danny was the type of guy who always made me feel welcomed," said Mayor Gilbert Alvarado. "He was very friendly, approachable, helpful and that will be the legacy that he leaves with me. He will be greatly missed."

"He was an old-timer from La Colonia, said Deanna Rodriguez-Root. "Danny was my dad's cousin and was truly loved by family and friends. His kindness and wonderful sense of humor were always part of him."