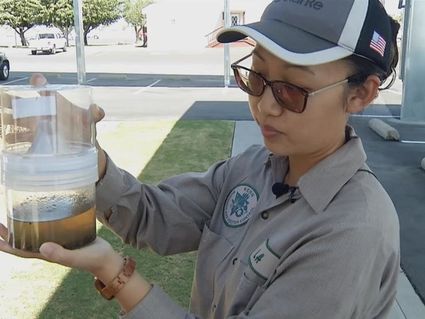 Shafter and Wasco have more than the threat of the coronavirus to worry about this summer as two disease-carrying species of mosquito have been found in Kern County.

Entomologist La Khang, who is with Kern Vector and Mosquito Control, said the Aedes aegypti has seen its numbers increase drastically this year, resulting in a tenfold increase in requests for service. "There have been 600 calls for service," Khang said, "compared to 60 requests last year."

The Aedes aegypti is considered more of a nuisance than a problem because the diseases it can carry are not prevalent in Kern County, Khang said. "But they can be a big problem," he added, "because they are very aggressive, will bite you over and over again, and target humans."

The Aedes aegypti is small, black, and has black and white stripes on its legs. "Unlike the species of mosquitoes that carry the West Nile Virus, this species uses humans as its main food source," Khang said. "With the West Nile virus mosquitoes, humans and horses are considered accidental hosts, because they don't seek out humans for their food source. They feed primarily on birds."

Khang said it is important that residents police their own properties to fight against the mosquitoes. "They are very sneaky and can lay thousands of eggs in a single bottle cap of water," he said. "They love small containers and also yard drainage pipes and sources". 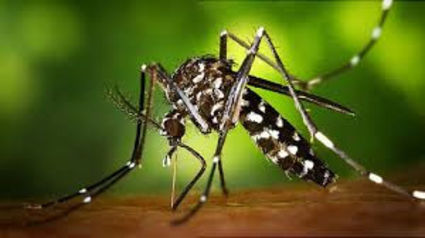 This mosquito uses humans as its main food source.

Khang advises those who have bird baths, flower pots, especially those with saucers, and other small containers on their properties to clean and scrub them at least every three days. "They like to lay their eggs on the bottoms of the saucers on flower pots and other small spaces. Make sure to take away their habitat to keep this pest under control," He said.

Khang said it is not enough to just wash the containers out as the mosquitoes can attach their eggs to the water source, resulting in a large group of pests that will continue their invasion of the county. Khang also advises residents to protect themselves with repellents that contain DEET.