A store that's in the customer zone

AutoZone tries to get it right

Getting it right means a lot to AutoZone store manager Leo Joaquin.

The store on Highway 46 in Wasco has been in its present location for over 20 years.

"I've been the store manager close to 4 years," Joaquin said. "Before working at AutoZone, I was in the Navy, traveled and worked in various jobs for a while. A friend suggested I try AutoZone. It was meant to be temporary, but a few years later, I am now a store manager running one of the thousands nationwide."

AutoZone is not part of a franchise, and each location is privately owned.

Each store sells a variety of car parts and accessories, but he said the biggest sellers are oil changes and batteries. 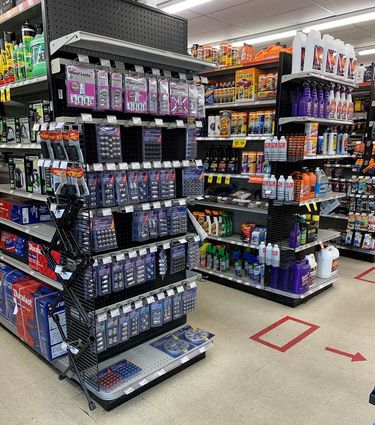 Some of the merchandise sold at Auto Zone.

Before the pandemic, he would head straight to the gym and work out. "Now, I try to work out at home and catch up on a lot of reading," Joaquin said.

His greatest satisfaction is having customers leave AutoZone with a smile, knowing that they were given trustworthy advice and the correct part for their cars. He said that it makes him proud that customers have one less thing to worry about.

AutoZone's main mission, according to Joaquin, is one he tries to live up to in the local store: "We must work together with a common goal, not just to make sales, but make customers for life."