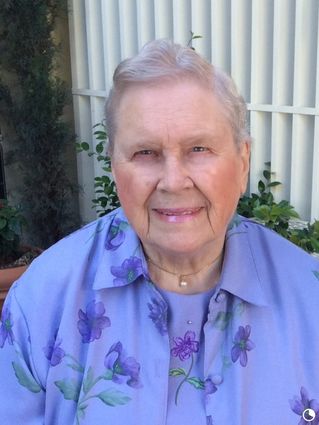 Born June Elaine Dooley on June 2, 1926, she lived in Delano where she graduated from Delano High School in 1944. June worked as a girls counselor at Camp Chabot in Oakland, the Fresno YWCA and Camp Lake Sequoia YWCA.

From 1944-1947, she attended College of the Sequoias in Visalia, receiving her associate of arts degree. She attended Fresno State College as an education major from 1947-1949 until she married Steve A. Rodriguez in November 1949. Together they raised six children.

In 1967, June returned to school to complete her liberal studies bachelor of arts and teaching credential. Her life-long dream and passion to teach became a reality in 1969. She taught at Wasco Union Elementary for 30 years until her retirement in 1999.

We have great gratitude to our mother for the sacrifices made and life lessons that instilled work ethic, perseverance, and dedication to her family. She will be greatly missed, and we will cherish the wonderful family memories.