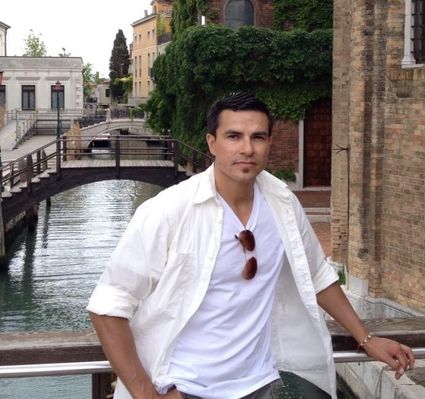 Cesar Daniel Marquez-Chavez was born in Leon, Guanajuato, Mexico, to parents Jose De Jesus and Natalia Marquez. He attended schools in the U.S. and graduated high school in San Francisco. Cesar then worked in the restaurant industry and attended college before becoming a real estate agent.

He moved to Bakersfield in 2004 and met the love of his life, Marcela Bojorquez Marquez; they were married in Bakersfield on Feb. 27, 2010. One of Cesar’s deepest desires was to be a father; he and Marcela were blessed with a son, Danny. The family was presented with an opportunity to start their own restaurant in Wasco, and they opened Catrina’s Mexican Grill & Cantina in December of 2014. They made Wasco their home and have been serving the community ever since.

Cesar was a caring and charming man, always sociable; he would always make time to visit and personally ch

He often put the happiness of others before his own, and he was a noble spirit who believed in chivalry. His drive to succeed and motivation to grow was undeniable, but that never stopped him from being generous in dealing with others. Cesar was a hard worker, but he still had a great amount of energy and time to dedicate to his son; it was a special bond to watch.

When he had some time away from the restaurant, Cesar enjoyed the outdoors and camping; nature was an important escape in his life; he loved animals and the sounds of our surroundings. He enjoyed traveling and cooking, as well as skiing and riding bikes/motorcycles. Cesar always brought a calming energy with him and he saw the value in being slow to anger; his time spent relaxing with friends and family members was cherished deeply.

Cesar leaves behind his wife, Marcela; their son, Danny; his father; two sisters, Getzabel and Claudia; and nieces and a nephew, Valentina and Denise, and Leo and Jania. He will be dearly missed.

A viewing for Cesar was held at Peters Funeral Home on July 3. Funeral services followed at LifeHouse Church, with Pastors Saul D. Gonzalez and Arturo Cantu officiating. If you care to leave the family a favorite memory, please visit PetersFuneralHomes.com.