Surprises in every corner at Chacharas Gema 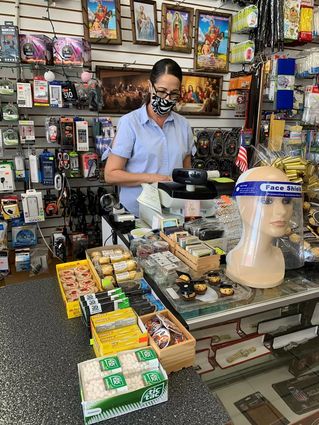 The owner of Chacharas Gema, Gema Garcia Hernandez, greets customers as they enter the store.

Chacharas Gema is a little shop at 7th Street that is filled with surprises.

Owner Gema Garcia Hernandez greets all who enter with a warm welcome.

Hernandez, originally from El Grullo, Jalisco, Mexico, arrived in Wasco 19 years ago in 2001 and has owned the shop since 2002.

Hernandez said she and her family were looking for a place to set up their shop and decided to look in Delano; however, after stopping in Wasco first, they spotted the downtown and liked what they saw.

"We owned the same type of business in our hometown in Mexico," she said.

"We are a family of five that came from Mexico trying to look for a better life for our sons and for them to have a better life and work opportunity. " She added that the family has lived a happy and prosperous life in Wasco. "All my sons are very responsible men that went to school," she said. "Now they have good jobs where they can help better the community."

Chacharas Gema carries a little bit of everything, from small packs of snacks, household cleaners, gift bags, hardware, to kitchen items and balloons.

"Our biggest sellers are gifts, accessories and cosmetics," Hernandez said.

"I like Wasco because it's a very commercial town and a lot of people come to purchase from neighbor towns," she said. "Also because people are very friendly and calm." 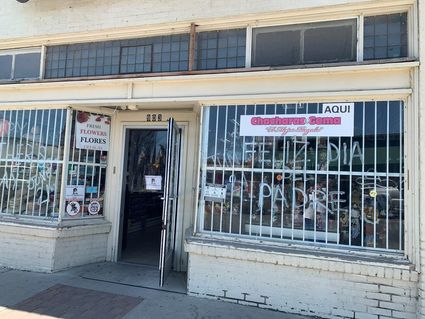 Outside the store on 7th Street.

One of her concerns is the delinquency in the city. "I would like Wasco to have more vigilance or security and to better the green areas of the town," she said. "I also feel like the town needs to add some public restrooms downtown."

Hernandez said she belonged to the Downtown Business Association for four or five years, but that she doesn't currently belong to it.

Hernandez said her family lived in Wasco for eight years, but now live in Shafter.