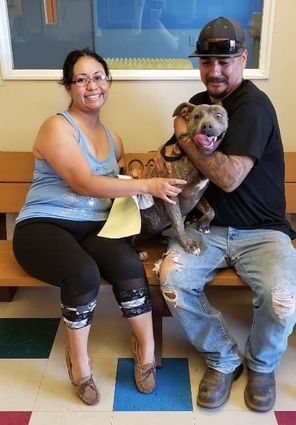 Luis and Alma Aguirre with their new edition to the family, Roxie.