A tale of two budgets: Getting set for deficit 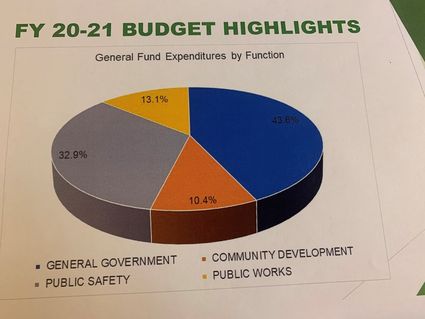 Where the city's operating funds are spent, from the 2020-21 budget document.

The City Council unanimously approved a budget for 2020-21 that includes a $1.3 million operating deficit.

The city's biggest expense is for safety (contracts with the Kern County Fire Department and Sheriff's Office), accounting for nearly a third of the budget.

In his presentation, City Manager Daniel Ortiz-Hernandez said that the impact of Covid-19 on the city would include a decline in revenue.

But it could have been worse. 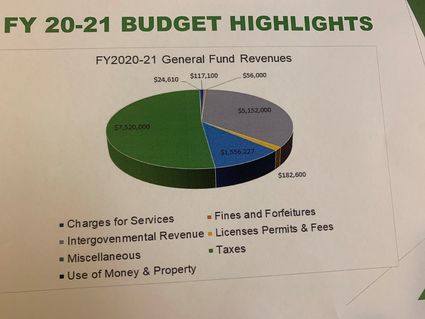 Where the city's operating funds coem from, from the 2020-21 budget document.

"Because Wasco does not depend on tourism as a source of money revenue to the city and because the city has the largest local sales tax [due to Measure X] that continued during the "shelter-in-place" order by the governor," the city was not as impacted by the virus pandemic as it could have bene, Ortiz-Hernandez said at a meeting.

Expenditures increased by $10.6 million due to the cost of the labor camp's demolition, the inclusion of the Street Maintenance Division in the General Fund for the first time and the funding of funding of high-priority capital projects.

Those projects include completion of a new water well and repairing of two others, plus any TCP 123 treatment that is necessary, along with the razing of the former labor camp buildings on the property.

Required road work also will be included in capital projects as necessary.