Mother charged in death of son, 6 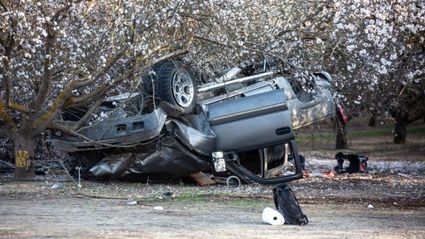 The accident resulted in one fatality.

A Shafter woman was formally charged with one count of vehicular manslaughter and three counts of willful cruelty to a child in connection with a fatal rollover crash in February.

Shafter Police Department was dispatched to the scene in the 30000 block of West Tulare Avenue after 4:30 p.m. on the day of the accident, finding the vehicle in the orchards and 6-year-old Jade Jimenez critically injured. The driver, Jade's mother, Breanna Jimenez, and her other two children in the vehicle sustained minor injuries.

Jade was transported to a local hospital and later died from his injuries. At the scene, Sergeant Lionel Lopez said that alcohol or drugs did not appear to be a factor in the accident. After an investigation, the District Attorney's Office decided to charge Jimenez with the vehicular manslaughter charge, along willful cruelty to a child. Assistant District Attorney Mark Stamper confirmed that Jimenez was charged but would not elaborate on the specific charges.