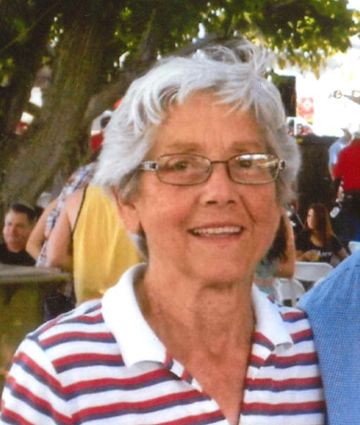 Sharron Leanne Esnoz was born on Jan. 14, 1934, in Glendale, Calif., to Dr. Melvin T. McDaniel and Gladys M. McDaniel. She was the second of four children.

Sharron attended elementary school in Glendale. The family moved to Wasco in 1947 where her father would open his medical practice. Sharron became a Wasco Tiger for the next four years. After graduating high school, she attended Occidental College, where she graduated in 1955 with a bachelor's degree and a credential in physical education.

Upon graduation from Occidental, she immediately received a job at Shafter High School as a physical education teacher. Although she only taught for three years, she was always very proud of her time there, and the friendships that she formed. Sharron was a wonderful teacher and left a huge impact on the students that she taught.

On Aug. 2, 1958, she married Joe Esnoz of Lost Hills; this would be the beginning of a very long and loving marriage of 61 years. A few years later they would have two sons, Phillip and Michael. They were her pride and joy.

Sharron was a devoted wife and mother who always put her family first. She was an extremely intelligent, hardworking woman that never missed a beat. She kept a wonderful home while supporting her husband in the sheep business and working side by side with him. She loved to be outside and going out to sheep camp and spending time with her animals, especially her faithful dogs.

Sharron was also a very sweet and loving Grandma that loved spending time with her grandchildren and spoiling them every chance she could. They loved and adored her, and learned a lot of great life lessons from her.

After battling Alzheimer's for eight years, Sharron passed away very peacefully on May 29 in her home surrounded by her family.

Sharron is gone, but will never be forgotten. She was loved by everyone that knew her and will be dearly missed. We thank God for such an amazing wife, mother and Grandma.

A graveside service will be held at 10 a.m. on Thursday, June 4, at Wasco Cemetery, 300 Leonard Ave. Monsignor Frost will officiate, and pallbearers will be Terry McDaniel, Joseph Esnoz, John Frassel, Nick Giannelli, Les Dirfenbaugh and Dan Waterhouse; Gordon Bergthold will be an honorary pallbearer. In lieu of flowers, donations can be made to Hoffman Hospice. Online condolences can be made at PetersFuneralHomes.com