Vets honor their own at Memorial Day ceremony 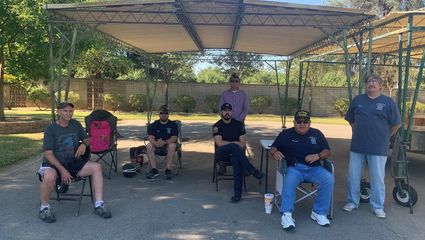 Even though the annual Wasco Memorial Day ceremony was canceled, members of the Wasco Veterans of Foreign Wars honored their comrades by standing watch over the gravesites. 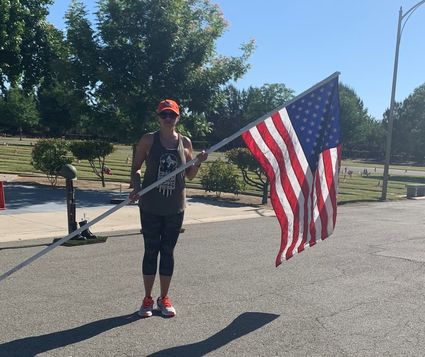 Members of the VFW placed helmets and rifles in front of the granite slabs that marked where the ceremony is usually held each Memorial Day.

Ceremony or no, the meaning of the day wasn't lost on the veterans who came to the cemetery.

"I remember when I was 12 years old," said VFW Commander James Medrano, an Army veteran, "and soldiers came to my house to tell my sister that her husband had been killed in Vietnam. I didn't know what was happening but my father, being an Army man, knew."

Medrano said that each year the VFW honors and recognizes a veteran. This year that honor went to Larry S. Pierce, who was killed in Vietnam. Pierce was cited for bravery while serving in the 1st Battalion, 503rd Infantry, 173d Airborne. He was a squad leader in a reconnaissance platoon when his patrol was ambushed. He displayed inspiring leadership.