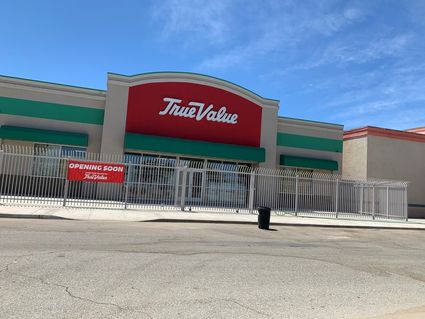 The new True Value on Highway 46.

Luis Fernandez manages both sites and has been with True Value for over 30 years.

According to Fernandez, True Value has been in Wasco since 1919 and was originally located at 1017 7th St., across the street from Wasco Liquors, where a park is now. In 2001 when a fire destroyed the business, owner Shakir Shakir rebuilt it at 770 12th Street, off the highway.

True Value supplies Wasco and nearby cities with lumber, hardware, tools, building materials and electrical and plumbing materials. "I enjoy talking with customers about their projects," Fernandez said. "My best quality is problem solving," When Fernandez hires someone to work at True Value, in his heart, he hopes that employee will be able to move up and out to bigger and better opportunities.

Fernandez wishes more young people would apply for jobs at local retail stores to get experience. "Employees learn many different types of skills while working here," he said. "They can learn electrical, plumbing, hardware, concrete and gardening. This would help younger employees have a better opportunity for other positions in these fields." 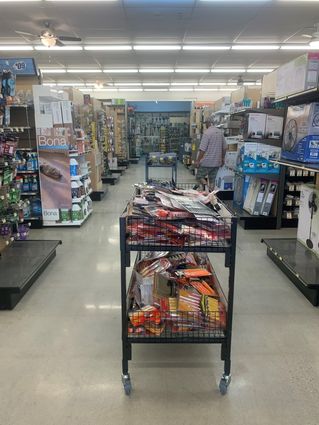 A customer walks down the wide aisles looking for something to buy.

"We carry all types of tools, lumber, hardware and plumbing items such as toilets, flappers, light switches, drills, etc. -- just about anything a contractor might need," Fernandez said.

About a year ago, Fernandez said that the owner met with an architectural firm about expanding the business another 500 square feet. Instead, they expanded by 10,000 by purchasing a portion of the Kmart store.

Fernandez said that in about two months, the store will have an official ribbon cutting.