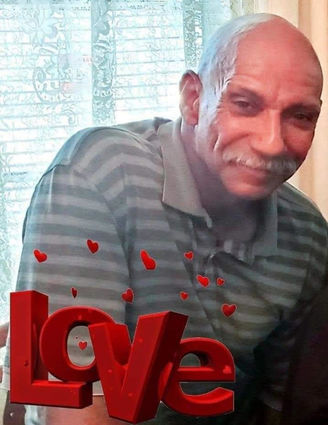 Johnny Reyes "Son Son" Ortega, 65, of Wasco, passed away unexpectedly April 23, 2020, in Texas. He was a beloved son, father, grandfather, brother, uncle and friend. He was born to Domingo and Rafaela Ortega, along with his twin sister, Jolene, on March 18, 1955, in California. He grew up in Wasco, where he graduated with the class of 1973 from Wasco High School (Go Tigers)!

His joy came from his creative hands and mind. He was always fixing, building and creating projects. He also enjoyed spending time with his family and especially getting to know his grown children and grandbabies. He was trying to make up time, for so many years of being away from them all. You see, he turned to drugs at an early age and just a few years ago found the strength to get clean and sober. He found his way back from addiction; he tried to live a good life by doing for others as much as he could, by being a kind and caring person.

He shared the love of his new life with others. Johnny was an inspiration to many. He always talked about his children and grandbabies; he would express how much he loved them all. He only wanted the best for his family in life. His biggest regret was making the choice to do drugs, which stole so much from him, his children and family,

He loved God as a young man and was an altar boy at St. Joseph's Church. He loved his Raiders, music and being funny. He was always making you laugh or putting a smile on your face. Johnny touched so many lives and will dearly be missed.