300 families served, but not enough 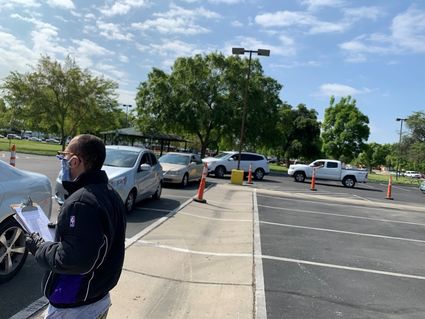 Cars were lined up around the block around Barker Park.

CPAK gave away 300 boxes of food to the first 300 families in a long line of vehicles that snaked around the block where the park is located. Some of the vehicles had more than one family inside, which meant some cars went home with two or more boxes. 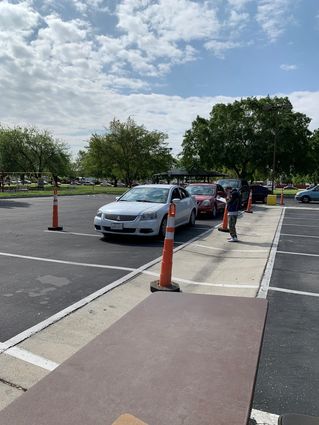 CAPK worker David Ramirez took down information for each vehicle.

Cars began circling the park before 10 a.m. and entered the park via Poso and Poplar. The food didn't necessarily go to the first 300 vehicles, but instead to the first 300 families. A few vehicles were turned away after the boxes ran out.

CAPK volunteers David Ramirez and Martha Figueroa were busy getting information from each person in a vehicle. They required the name of the individual driving the car, their address and how many members were in their family. If a different family was also in the car, that person's name and address were also taken and the number in the household.

The two had a quick and efficient system going.

Each box contained nonperishables, such as beans, rice and canned foods.

Both volunteers were wearing protective masks and long-sleeve shirts.