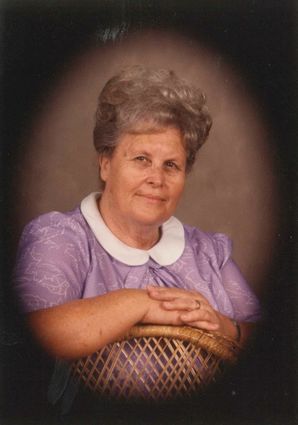 Bessie Hutson was born July 12, 1926, to James and Mary Miller in Kinta, Okla. The family moved to California in 1946. She married JB Hutson in October of 1947, and they lived around the Wasco-Shafter area. They had been married less than a year when she lost her father to cancer.

She always worked, but the job she enjoyed most was day care. She had two daughters of her own, and she babysat her grandchildren, giving her the best idea for the day care. Bessie lost her oldest daughter, Shirley Bittle, in 2000 to a heart attack and her husband, JB, in 2010. They had been married for 62 years by that time.

Bessie and JB had four grandchildren, eight great grandchildren and 11 great-great grandchildren. She was survived by her daughter, Carolyn McCurdy, of Wasco. She was preceded in death by her mother, father, her husband, one daughter, grandson Larry Bittle, and two older brothers, Horace Miller of Woodland, Calif., and Lester Miller, of Shafter.

Bessie and JB were longtime members of The Sounds of Pentecost Church at Palm and Filburn. They were dedicated to their faith, their family and their church. At 93 years of age she was able to "go home," as she put it so often, from her own home, thanks to her wonderful and caring hospice team. Thanks to Bryan, Shaina, Maria and Bertha, and especially Malia, for all the words of comfort and the beautiful songs you sang to her.