Serving those in need with a special touch 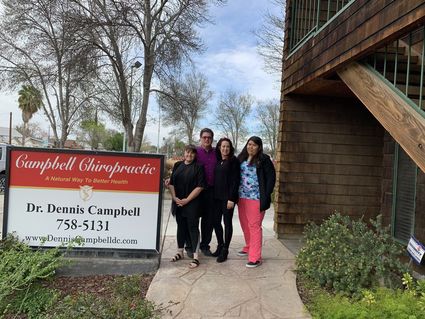 Dennis Campbell always wanted to be an attorney; however, his life took a completely different direction after he was in an automobile accident.

"I saw a chiropractor at my doctor's suggestion, and fortunately it was someone who was able to help me," he said. "I changed my career to become a chiropractor so I could help others like I was helped."

His first licensed position was working in a "stress clinic."

"An opportunity came up overseas with the American Chiropractic Foundation in Budapest," Campbell said. He stayed there for two years.

He said that the Swedish ambassador needed chiropractic treatment, and he made outside calls.

"After meeting with the chiropractor, I was asked to come into work the next day, and I showed up in a white T-shirt and black jeans wearing the white coat over my street clothes," he said. "It was the day after I interviewed, and I didn't have any of my work clothes with me and I was staying at the Wasco Inn."

During the beginning of his time in the Wasco office, "investment broker Melissa Hodges came in for treatment for a broken shoulder," Campbell said. "I was smitten."

Campbell became familiar with brokerage terminology and requested a private meeting with Hodges so he could impress her with his knowledge.

During their conversation, Hodges asked him if he was really interested in investments or was it something else. His honest reply? "Something else." The rest is history for these two. They have two children and grandchildren.

Melissa Hodges is a 1979 Wasco High graduate. "I was born in Wasco, delivered by Dr. Mary," Hodges said. "I love coming from a small town and knowing everyone."

Campbell went to continuing education classes and is now one of 15 advanced instructors in the world and is a professor at Chiropractic College in Hayward. He received the Chiropractor of the Year Award in 2004.

Since 2000, he has been the team doctor tor the WHS athletic teams and Bengals. He provides team physicals for the players and cheerleaders. 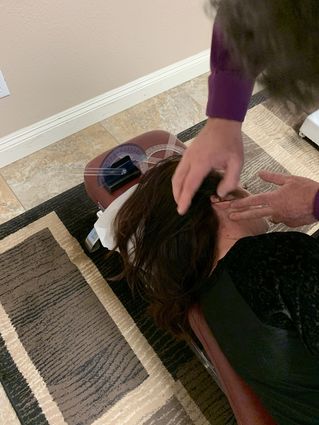 "People come from Paso Robles for an appointment," Campbell said.

Campbell works in collaboration with Dr. Coleman's office in Shafter and has done so since February. He's available there Tuesdays and Fridays.

While Campbell Chiropractic does not accept insurance plans, they do work with patients regarding payment.

"We are very much like an ol- fashioned doctor-patient relationship," Melissa Campbell said. "We treat our patients like family and want everyone to come in and get their bodies fixed."