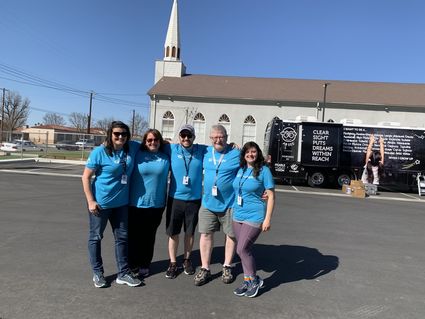 Migrant family members who need eyewear were treated to a unique experience this week.

OneSight, an independent nonprofit providing eye care for those in need, visited migrant families in order to provide a free pair of glasses for those who need them.

Kids were given eye exams Tuesday at the Migrant Center, across the street from Clemons Elementary School, and those that needed glasses were given them on the spot.

Onesight expects to do the same for other rural communities in the county, including McFarland, Delano, Shafter and Lost Hills.

On this visit, OneSight focused on the migrant families in the area.

"Appointments for today in Wasco were all prescheduled," Dawn Yager, program manager for clinic operations, said. "We had 600 registered, saw 93 and only 13 did not need glasses."

"We hold clinics all over and just completed one in Kansas City," Yager said. "We are headed to Vista, Calif., after we leave Wasco."

OneSight produces lenses, and works with major frame manufacturers to get frames.

OneSight brings eye exams and permanent vision centers to individuals and places that need eye care the most. "I can take what I know in the optical field and make someone's life better," Yager said.

OneSight started in 1988 with an idea to give away 25 pairs of glasses to local kids who couldn't afford them. It has snowballed into serving thousands of people.

"Being a volunteer on the OneSight project is an honor," Yager said. "There are 77,000 employees in Luxottica [the parent organization of OneSight] and only 1,300 of them are invited to be on the OneSight nonprofit."

As an optical company, Luxottica has partnered with Chanel, Oakley, Dolce and Gabana and Ray Ban. 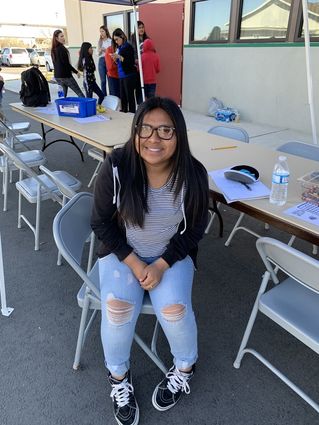 Tembeek stated that his favorite part about the program is the diversity and how the volunteers become one big family.

She states there is an unmet need for those who require glasses. Either there is no local optometrist in the area or glasses are unaffordable.

Yager has traveled to Chile and Nicaragua for clinics. "I love being in a school setting," she added.

Several students, all from McFarland, said they were happy with their new glasses and those who didn't require glasses were happy to be getting their eyes checked.