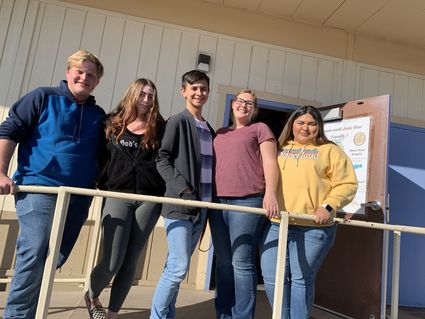 Students who are part of the Wasco High School ag farm are on high alert due to the recent killings of goats and sheep by wild dogs.

"This is so sad," FAA junior Nicholas Gutierrez said about how he felt to lose the animals.

Several students expressed their grief over the anima killed in the attacks. "Losing the breeding animals really hit us hard this year," FAA junior MacKinley Wankum said. "Our show season starts in June, and we are here all summer long taking care of our animals."

Wankum said that the students feed, groom, provide medicine if needed, and do their best to protect the animals from predators.

"We had a total of four goats when the school year started," Haley Parten said. "Now we have a total of one breeder goat remaining."

"The dogs attacked our breeders and hopefully we will be able to get some more," Haley said.

The cost of replacing the animals could be as high as $3,650 for those lost just this year.

The students spend early mornings, late afternoon and many times evenings tending to their animals. In addition to feeding and grooming their animals, they also exercise them every day.

The students expressed their fear that another dog attack will happen again -- soon.

"The district put up a new light in the ag yard," instructor Anthony Faroa said. "It's helpful at night when it's so dark out here."

The animals graze in a field of grass in moderate weather; however, since the last attack, they spend most of their time inside a tin enclosure to protect them from prey.

Ag instructor Anthony Faroa said that the ag farm has a school farm manager who monitors the area. "Leo Medina resides on the farm. He keeps a close eye on the animals when no one is around."

In addition to the animals, including pigs, there are several crops raised on the property, such as lemons, blood oranges, almonds and pistachios 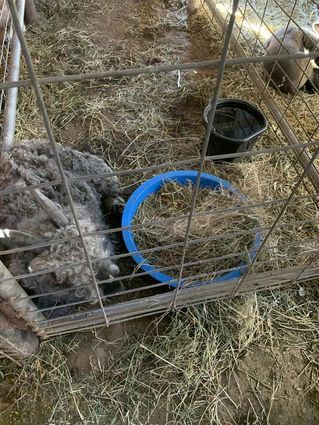 Clyde is a favorite goat on the farm.

Parent Arthur Lee mentioned he had recently had a telephone conversation with Assistant Superintendent Rob Cobb about the recent deaths and the staff and parents' hopes for a fence around the property to protect the animals. "Mr. Cobb said he was looking into the incident," Lee said.

Lee understands that the students' responsibilities don't end when school gets out in June. For them, taking care of the everyday tasks during the summer months, school vacations and holidays is similar to a daily job.

Lee is uncomfortable with his daughter coming out to the farm alone during the summer evenings when everyone is gone.

Advisor Faroa and Lee – along with other staff and parents -- support a fence surrounding the ag farm to protect not only the animals but also the students who tend the animals.