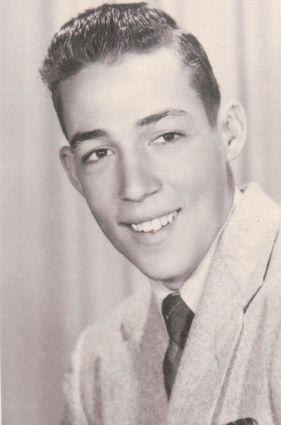 Dwayne Douglas Hutson was born in Enid, Okla., to Lloyd Jackson Hutson and Ada Blanche (Mitchell), joining siblings Pauline, Lowell, Margie and L J. At the age of 8, Dwayne, along with his parents, moved to Wasco.

Dwayne graduated from Wasco High School in 1954. On a football scholarship, he went on to attend Porterville College. After the death of his father in 1955, Dwayne moved back to Wasco. He met the love of his life, Patsy (Stephens), at Beaner's, and they married March 1, 1958. He served in the U.S. Army from 1959 to 1963.

Dwayne and Patsy raised two daughters, Liz and Trisha. He held a few jobs before finding his calling as a rose grower for Jackson & Perkins, where he worked until retirement.

Dwayne's love of sports started at an early age. He played football, basketball and baseball for Wasco High, achieving All-League in all three his senior year. During his Army deployment in Germany, he coached youth basketball. He also coached for the Babe Ruth League in Wasco. He rarely missed watching Angels baseball and Rams football. Dwayne was an avid golfer, and could be found many an afternoon at Wasco Valley Rose Golf Course.

Dwayne's love for his community and country speaks for itself. He served on the Wasco City Council, as well as two terms as mayor. He served on the Wasco Housing Authority and the Affordable Housing committees. He was a member and president of the 20/30 Club and the Wasco Festival of Roses. His passion was the Wasco/Shafter Elks Lodge #2419, where he served as a member, officer and Exhalted Ruler. Dwayne also proudly served the Benevolent Protective Order of Elks at the state level.

Dwayne was known for many things, but two that stand out are his nickname, Goober, and his great sense of humor. He loved a good joke and making people laugh.

A memorial service will be held at the Wasco/Shafter Elks Lodge Friday, Feb. 21, at 5 p.m.

For those who would like to make a donation on behalf of Dwayne, you may do so to his favorite charity helping crippled children throughout California: California - Hawaii Elks Major Project, 5450 East Lamona Ave., Fresno 93727. More information at chea-elks.org/donate