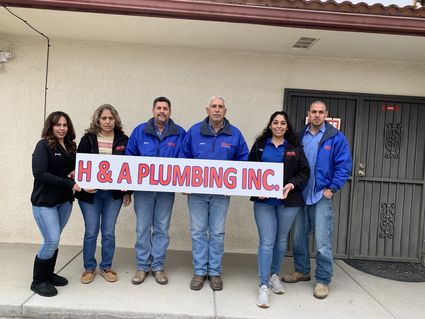 Another small, family-owned business is prospering in Wasco.

H and A Plumbing, at 16038 Palm Ave., has been in business for over 20 years. Brothers Andres and Hector Delgado share the responsibilities.

Hector Delgado was initially raised in Wasco, but upon entering junior high, his family moved to Montebello, and he is a graduate of Montebello High School. The pull of Hector's family and hometown were strong, and once he was ready to begin his career, he rejoined the family in Wasco.

Andres Delgado had already been in the plumbing business for 20 years when Hector joined him, and they formed H and A Plumbing.

H and A Plumbing services the Wasco, Shafter, Lost Hills, McFarland and Buttonwillow areas. The company's philosophy is to help the community in which they live and work.

"Most of our calls are for unclogging drains," owner Delgado said. "We are currently licensed in four areas, C36 – Plumbing, C20 – Air Conditioning, C16 – Fire Protection and General Contractors' License."

Aside from repairs, H and A Plumbing is involved in new construction in the areas they serve.

"We are very professional in our dealings with customers," Hector Delgado said. "We have good employees, enjoy the local people and love the small town of Wasco."

There are currently 30 employees. Several work in the office, while the remainder make service calls. 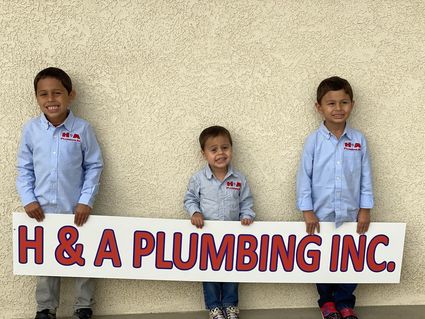 Delgado wants everyone to know it is a family-owned business; his wife and other family members help cover the workload.

The future of the business may be in three potential partners: 6-year-old Irvin Daniel Perez, 4-year-old Isaiah Joel Perez and 2-year-old Elias Manuel Perez, who all hang around the business during the daytime hours and watch the adults do their jobs.

Hector Delgado said that anyone wanting to learn the trade needs to work as a journeyman in a plumbing company for at least one year.

Their regular weekday hours are Monday through Friday, 8 a.m.-5 p.m. The business is located on Palm Avenue between Jackson and Prescott.

[CORRECTION: This story first appeared in the Tribune on Feb. 6, 2020. The name of the business was transposed.]