Council says no to central plant 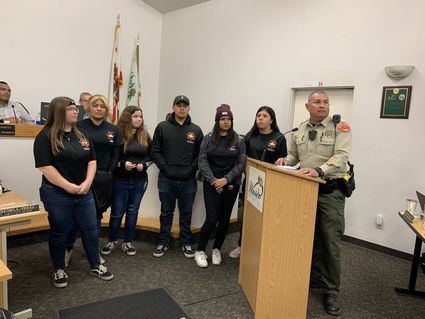 The city plans to drill new wells and treat water at eachg site rather than centralize water treatment for nitrates and 1-2-3-TCP contaminates, Mayor Tilo Cortez said after Tuesday night's City Council discussion of the issue.

"The city decided that it appears to be more practical to drill new wells and treat those wells at each individual site," Cortez said.

The city had contracted for a study of its options for water treatment. The firm conducting the analysis, Dee Jaspar & Associates, gave the city four different solutions:

--Replace four aging wells by drilling new wells in an effort to avoid treatment and treat well 12 at well-head.

Councilmember Alex Garcia stated that with the hydrogeological study completed, the city opted to go with a local filtration at the wells requiring treatment for 1-2-3-TCP and nitrates.

"There are about four wells that require full replacement due to aging/lifespan of wells," Garcia said. "This weighed heavily on the decision. Where those are placed (westside/eastside) will be decided at another meeting."

He added that Tuesday's decision was between local treatment versus regional or a central treatment facility.

The report said the fiscal impact of this option has not been determined.

In other council business, the city held a public hearing on homeowner Tony Romero's administrative citation for abatement and removal of abandoned, wrecked, dismantled or inoperative vehicles or parts, including fines and abatement costs for the property located at 746 8th St.

Romero did not appear at the council meeting to discuss his options, which were:

1) Declare all abandoned, wrecked, dismantled and inoperative vehicles and vehicle parts on the property (both front and rear yards) a public nuisance and authorize removal and destruction of the vehicles and parts, or

2) Declare only the abandoned, wrecked, dismantled and inoperative vehicles in the front yard/driveway area a public nuisance and authorize removal and destruction of these vehicles and parts.

The council decided on Option 1, with Councilmember John Pallares voting against it 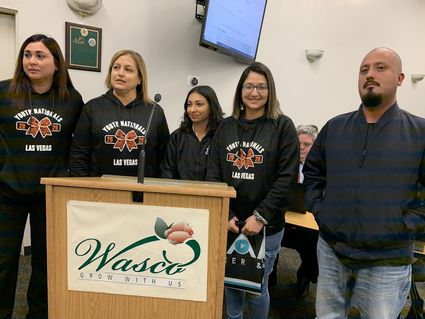 In a second recognition, the Wasco Sheriff's Activities League were given a proclamation for the volunteer work they perform for the city, such as clean up days, remove graffiti, and assisting the deputies wherever needed. This group is led by Deputy Patrick Basquez.

The third proclamation was presented to the Wasco Varsity Bengals cheerleaders for placing 1st in the JAMZ National competition and improving from 3rd place to champions during their first year of competition.

"I wasn't sure the girls were going to be able to do it," said Bengals Head Varsity Coach Xina Vasquez. "We had so many girls new to cheerleading, it was a surprise when they placed in all their competitions."