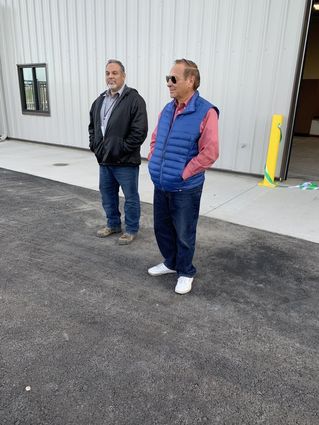 WUESD celebrate another milestone in its renovation master plan.

The district officially cut the ribbon for the unveiling of the Maintenance Operations and Transportation building on Filburn Street, near Teresa Burke Elementary School.

Richers introduced the board members who were present and had them do the official ribbon cutting. Also in attendance were WUESD administrators for the school district, teachers, staff and the city manager, Principals from some of the schools and a retired principal coming back to check out the progress.

"For school districts, classified employees are usually the last ones to get improvements," Richers said. "It's been 80 years since [the original] MOT was constructed."

Richers said that the previous MOT building was 5,000 square feet; this one is 14,000. "This is not due to overbuilding; we are building for what we have the capacity for in our district."

Richers explained to the attendees that several years ago, the board members started with a five-year plan, which included the following:

2. Convert an elementary school into a middle school. 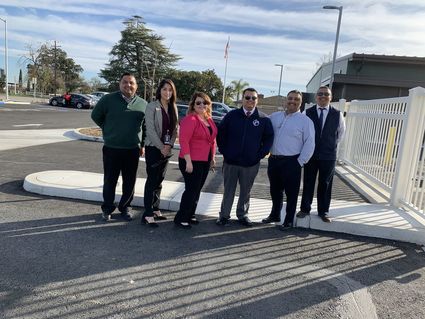 Richers thanked Director of MOT Robert Martinez and Director of Facilities (Construction) Daniel Vargas thanked them for all they did making the MOT building a reality.

He also took time to thank Klassen Construction, the main contractors for the project.

Once the introductions were completed, Richers invited everyone to take a tour of the new facility. He offered refreshments in the training room, which was set up for a training session.

As attendees entered the training room, several could be heard complimenting the design of the room with its large screen and ample room for the many chairs.

"This is such a nice facility," Sarah Reding said.