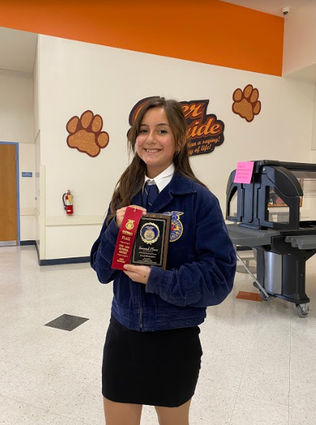 There are five categories in the competition such as Job Interview/Resumes, Extemporaneous (speaking or performing with little or no advance preparation, Public Speaking, Creed Recitation (five paragraphs memorized from the FFA Creed) and Impromptu and Prepared Public Speaking. 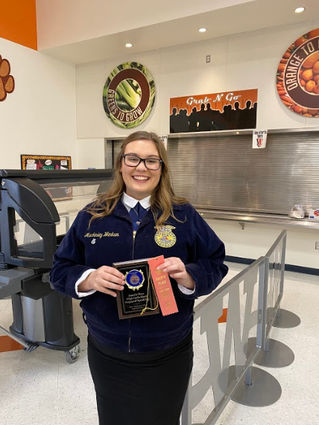 "Freshman are allowed to only compete in Creed Recitation," said ag teacher and FFA Advisor Anthony M. Farao, "which is a five-paragraph state of beliefs that E. M. Tiffany wrote [in 1928] and it was adopted at the Third National FFA Convention."

This was the first time for the freshmen who had never competed before. They walked into a classroom, presented their speech and were asked three questions on the topic by judges. The students hoped they were able to answer the questions to the judges' satisfaction.

The creed challenges the students to memorize and introduces them to public speaking as well as prepares them to answer impromptu questions.

Each student walked away from the competition with a plaque and a ribbon.

Students reacted favorably to the competition by stating that they were able to accomplish something they never thought they could do such as public speaking. The students also visualize FFA in their future as well.