Gonzalez Cell tries to help everyone 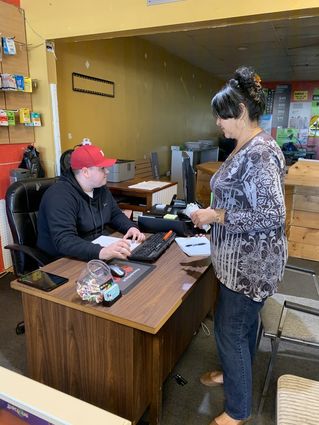 A local cell phone company offers courtesy service even if you don't carry any of its service plans.

The owner of Gonzalez Cell at 829 7th Street, Christopher Montoya, has been a business owner for only a few months, but feels it's important to service anyone who walks into his store.

"You don't have to be one of our cellular customers in order to receive the same service I would give to a regular cell customer," Montoya said.

"I love it when my school friends come in and I can help them."

Montoya said that people will bring in phones, computers and iPads, and he troubleshoots for them.

He believes the best cell provider in the area is Verizon quickly responded Verizon. "I've tried several other cell companies and they all cut out at different times," he said.

He said most of his customers have picked Verizon.

"I think the Samsung phone is the best on the market today," he said. "Some of them are just as expensive as an iPhone."

Montoya charges $15 for phone accessories such as cords, car chargers and knobs to grip the phone easier. "I have a friend who customizes Disney knobs and charges up to $200 for each knob," he said. 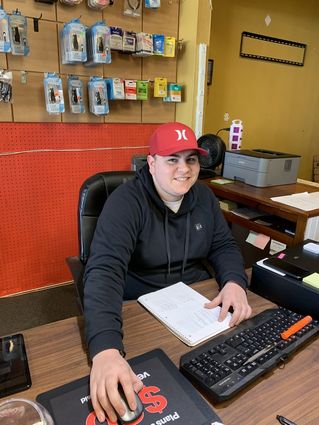 Montoya feels like he has returned to his family when he assists older customers, because he takes care of his 94-year-old grandmother and helps her out. "I feel good that I can be there for her," he said.

He also mentioned that the previous owner's last name was Gonzalez, and he didn't feel the need to change the name of the shop because the shop has been there for over 20 years and was a familiar place in town.

"If you have any phone-related or tech-related needs, anybody can come in and I will help them out," Montoya said.