A year of loss at Clemens Elementary 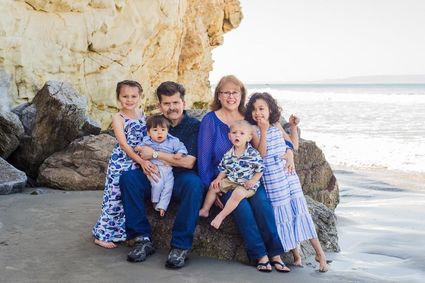 Clemens Elementary School lost three of their own in 2019.

After high school, Hammon joined the army and achieved the rank of Specialist 5. He attended California State University, Bakersfield, where he earned several graduate degrees. He also earned two doctorate degrees, one from Argosy University and another from Summit Bible College.

One friend described Hammon as a talented speaker, writer, preacher and an "ambassador of Christ."

"Edd always cared more for his students than himself. He hated missing work," retired Principal Steve Davis said. "Dr. Hammon was a quiet man, but if you gave him a topic and a podium ...he could make chewing gum sound interesting."

"I worked with Dr. Hammon at Karl Clemens School," colleague Yolanda Pewitt said. "Edd was my mentor teacher. He guided me through the laws and how to develop Individualized Education Programs for each student."

"Dr. Hammon had a vast knowledge of strategies and techniques to meet the needs of his diverse student population," Pewitt said. "Whenever teachers needed help with a student, Edd was always willing to make time to help." She added that he had a special interest in history and the arts.

"He created an after-school drama program," Pewitt said. "Students participated in various plays as actors, as well as creating costumes and backdrops."

His son, Ed, wrote on his father's Celebration of Life ceremony program that the last words he exchanged with his dad were, "I love you."

Hammon added, "I admire my dad's commitment to family, work, self-improvement and those in need. Reflecting back, I think I most liked participating in volunteer efforts with my dad like helping others as a hospital chaplain."

"I'd like to add that I'm immensely appreciative that so many of my father's colleagues from WUESD attended his funeral and also sent cards," Ed Hammon said. "The considerable number of teachers, administrators and more who attended my father's funeral speaks volumes to the kind of quality professionals that my father worked with."

Continuing to reflect on his father after four months, Ed Hammon said, "My dad was everybody's advocate, even those he might not have agreed with. He would help everybody and he was my greatest advocate."

She was a second-grade teacher before becoming a vice principal.

Adams was eager for summer and the following school year. When she left school in June 2018, she had plans on returning as the principal of Thomas Jefferson; however, she became ill that summer and was encouraged by her husband Jeff to focus on her health.

After she died, the doctors discovered a tumor on her spine, he said..

"I first met Tina in 2002. We had a lunch group that included former Wasco teachers Teresa Osuna, Bonnie McCormick and Carolina Grant."

Wilkerson described Adams as someone who always saw the best in everyone. "Her voice was always sweet, even when she disciplined."

There is no question that Adams will be missed by her colleagues and family. "She was a great listener," Wilkerson added. "Her advice was often solicited and her wisdom was colored with humor."

Three of Adams' children followed in their mother's footsteps by becoming teachers. One works at a prison, another is a special education teacher and a third is an administrator in a school district in Florida.

"Tina had a God-given talent to teach," husband Jeff Adams said. "She taught Sunday school from the time she was 13 years old."

Adams continued on to say that teaching was in Tina's blood. "She was a great role model."

Robert Parrott was a graduate of Fresno State University and received his multicultural credential from CSUB.

"Mr. Parrott started as a bilingual teacher," colleague Cristina Wilkerson said. "He loved languages and there was not a name he could not pronounce correctly."

Parrott's son Brad is a third-generation teacher in the family, a substitute teacher at Clemens, the school where his father taught for 31 years.

His grandfather and Robert's father, Art Parrott, was a Spanish teacher at Wasco High School. Brad Parrott said his grandfather traveled throughout the world evaluating schools..

Parrott says his father would get excited about his students' reading and always looked forward to the beginning of school. "When kids are giving you attention, it's a gift," he said. 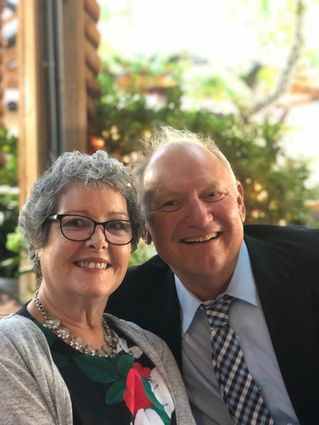 "On Monday mornings, my dad would stop at the donut shop and bring donuts for the kids who met their reading goals," Parrott said.

Robert Parrott's love didn't end with his students; he also displayed his love for his family. "My dad bought our sister Amanda flowers every Valentine's Day so she would know how special she was," he added. "He also did the same thing for his granddaughters."

Parrott shared that his dad loved barbecuing and was always cooking. He was also passionate about fishing, something he instilled in his son.

"One of my oldest memories is when my father took me out fishing and brought a crab net with him. He cut up one of the fish and we ended the day crabbing using the cut-up fish as bait," Parrott reflected.