Going to work on graffiti 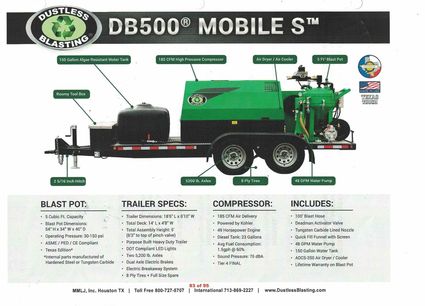 The City Council looked at ways to get rid of graffiti in the city – and is moving on a plan.

The report included two options that the staff considered realistic for the city.

A request was made by Councilmember Danny Espitia at the Dec. 7 meeting to use Measure X funds to increase staffing in the Public Works Streets Department, adding two new positions to the department and purchasing a new vehicle and equipment for the purpose of graffiti removal.

"We have to get rid of graffiti as soon as it appears," Espitia said.

Sobolewski presented two options to the council: Option 1 includes hiring two new personnel, purchasing a new vehicle and graffiti abatement equipment with Measure X funds, which would cost the city $651,000 over five years or $130,000 per year.

Option 2 calls for adding overtime for two personnel when needed and new equipment, which would be a total cost of $171,000 over five years, or $37,000 per year.

They chose the cheaper option, which included the purchase of a Dustless Blasting DB500 Mobile S, which directs a blast of sand and water over the graffiti and erases it from a surface without damaging the paint previously used to cover up older graffiti.

"Our current graffiti abatement equipment is from 1980," Sobolewski said. "We are outdated, and there is new technology such as the equipment I've pictured." He then showed a brief video of what the machine could do in removing graffiti

"This machine is eco-friendly, multifunctional and once the graffiti is removed, the machine can be used in other areas of the city," Sobolewski said. "It's dustless blasting."

Mayor Pro Tem Danny Espitia asked if this equipment could help with landscape maintenance in the city. He was told by Sobolewski that there are many different uses for the equipment, including with landscaping.

In other council business, Sergeant Peter Martinez gave an arrest report and said that on Jan. 11, Sheriff's Activities League kids cleaned up a lot of graffiti in the city. "I'm proud of the youth we have," Martinez said.

City Manager Daniel Ortiz-Hernandez also announced that Bakersfield Boxers and Bullies would be holding another animal clinic from March 7-9.