Bengals do more than cheer them on 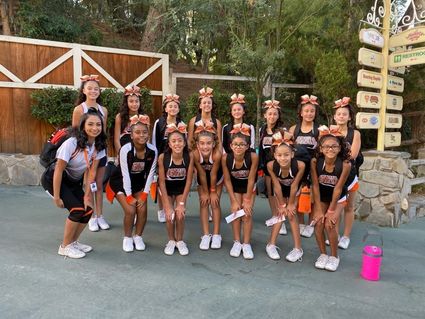 The Wasco Bengals varsity cheer team is trying something new this year. They decided to enter cheer competitions and have been successful with their first efforts.

"Although their focus has shifted from sideline cheers and halftime dances to a competition routine, these girls always make us proud," coaches Megan Garza and Anissa Vasquez said.

The first competition was at the Golden Empire Youth Cheer Battle of the Bleachers at Rabobank Convention Center last October, and they won third place. 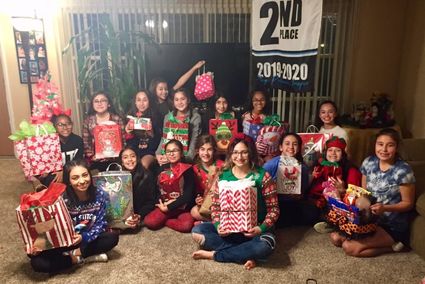 On Nov. 3, they advanced onto the JAMZ Cheer Competition Coaster Classic at Six Flags Magic Mountain, where they won second place.

The JAMZ Youth National Competition will be held the weekend of Jan. 24 in Las Vegas at the Orleans Arena. The girls will be competing on Sunday, Jan. 26.

Cheer Representative Cynthia Torres, Advisor Xina Vasquez and Coaches Megan Garza and Anissa Vasquez have been putting in time and dedication. According to the coaches, the girls have invested sweat and tears into their revamped routine.

The Bengals Cheer team gets support from businesses, schools and individuals to help with expenses.