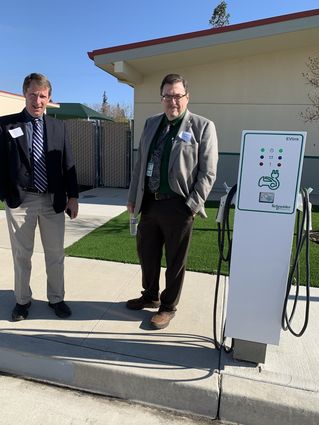 A meeting on "green" goals included a review of the WUESD's progress in dealing with longterm issues the district faced over the last decade, and how the environment was considered in implementing solutions.

He reported on issues the district has been working on for several years:

--The district was expected to gain about 50 students annually.

--There was no capacity to build out Thomas Jefferson, Clemens or Prueitt schools.

--There were too many middle school students for one site.

--No school was located north of Highway 46.

--All elementary students were transported.

--The district office had outgrown its original building.

--There was insufficient room for Student Services (Special Education).

--There was insufficient parking at Prueitt, with a dangerous traffic situation arising during student drop-off and pickup.

--The city had changed its water pricing structure, dramatically increasing costs for the district. The district used to get a special rate and it is now being charged the industrial rate, which is more expensive.

The district also placed shade structures at Prueitt, Palm, Burke, Clemens and Forrest and replaced natural grass with artificial grass or a substitute at Palm, Forrest and the district office.

A regional planner for the Kern Council of Governments. Linda Urata, initiated a discussion on the school district's "green" goals, specifically electric automobiles.

The district also obtained six electric cars with charging stations at the district office site. "Because of various grants, these vehicles did not cost the district money," Richers said.

The district also is planning on installing solar panels at Jefferson, Palm, Clemens and Forrest.

The new Maintenance, Operations and Training Building will be completed soon, and additional charging stations will be placed at Burke, Forrest and the new MOT building. The district is also planning on putting in artificial grass at those sites.

Richers also talked about a need for electric cars for several reasons, such as instead of paying mileage with stipends for staff members when using their own vehicles, it would be cheaper for them to use an electric car.

Richers also added that with electric cars, the savings would be about $7,000 yearly for the first four years, probably double that with additional cars now being used. "The district has saved about $28,000 so far since the inception of the program," he said.

He also mentioned that when using the electric cars and going from school to school, air pollution will be virtually stopped.

He also stated that he has calculated the district won't need another school before 18 years.

He presented a list of the current enrollment numbers at each of the school sites, as well as the maximum capacity allowed per school.

Richers mentioned that the district has saved 204,000 gallons of water per month due to using artificial turf, which adds up to 2,448,000 gallons a year.

He said that additional charging stations will be placed at Palm, and the Clemens office on Griffith will have off-street unloading of students to replace the current MOT location. In addition, artificial grass will be placed at Clemens. 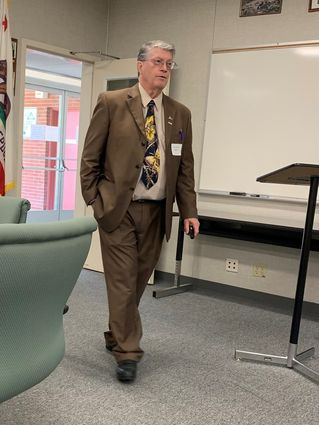 Rob Lichtman from Charge Point EV described how the electric vehicles worked and what the range of travel is with the different charge levels.

"People will be 'topping off' their vehicles as they drive them," Lichtman said "much like some top off their gas tank while driving to keep it at a full level."

He also said that the distance a car will go on a single charge depends on the type of battery installed in the car. "The first electric cars go about 140 miles," Lichtman said. "The newer cars will go much further."

He said that charging stations are cropping up everywhere and by 2025, there will be 6 million electric cars on the road.

Due to liability issues, the charging stations will not be available to the public.