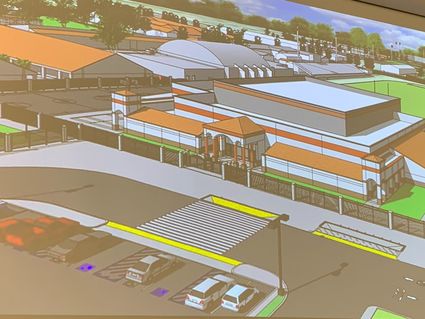 In March, Wasco High School will be asking taxpayers to pass a bond for nearly $40 million to build a new gym and renovate the old one.

A town hall meeting was held Tuesday in the cafeteria at the high school, where Assistant Superintendent Rob Cobb presented an outline of why the district needs a new gym.

He also said that the district receives 80% of its funding from the assessed value of agricultural, natural resources and industrial properties, while only 14% comes from property owners.

Cobb provided a brief historical outline of the district's previous bonds. In 1915, the district passed a $45-million dollar bond to construct the school and in 2008, Measure C was passed for $33.5 million to expand and modernize the school's sports complex, upgrades, three new classroom wings (English, social science and math), a new cafeteria and a new student services building. The district also modernized the library wing and the old science building. "The old cafeteria is now the library," Cobb said. 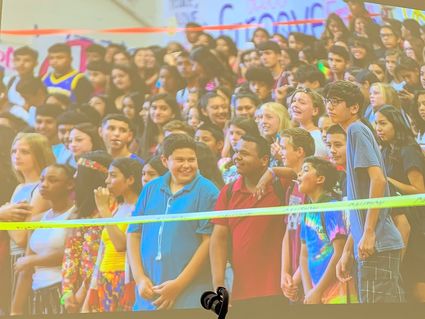 With little room to spare, the students look like sardines packed in the gym.

He also stated that future needs will be addressed at a later time such as the aquatic center, a Maintenance, Operations and Technology building expansion, and a Language Arts building.

"This bond measure will add either $5 or $10 a month to each property owner's tax bill," he added.

Cobb also addressed the question about adding a second high school in Wasco and said if this bond passes; the projected growth is the school won't reach capacity for 20-plus years. "Wasco High needs 2,700 students to reach saturation," Cobb said. There are 1,716 now.