A warden with a giving heart 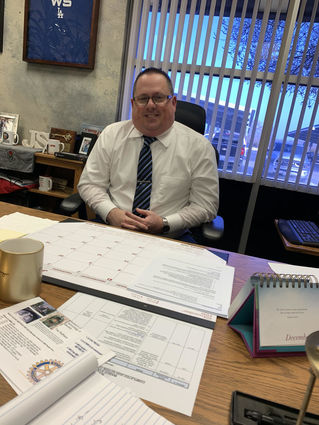 The twin boys had a taste of what a farmer's life would be like when they worked in the cotton, potato and alfalfa fields as young boys.

Both played sports at school and were both equally talented in their respective positions. "We played sports together throughout school," John said. "We started out playing T Ball, youth football with the packers, ran track, baseball and Little League. "I got a varsity letter in track and football where I was the quarterback, and Nick was a receiver.

Sutton has been in law enforcement since he decided on a career track while in college. His brother works at PG&E on the Central Coast.

Originally, Sutton thought he was going to go into education and become a teacher, but during college he enrolled in the police academy. "I had a change of heart," he said.

Sutton first worked for the Porterville Police Department. "I was hired as an undercover cop for the high school – much like the TV show '21-Jump Street.' "

It was at that time that Sutton made a career choice by applying to the Department of Corrections. "I chose that because of the unlimited opportunities and availability for advancement."

Twenty-nine-year-old Sutton was assigned to Ironwood Prison in Blythe. "It was a new prison at that time," he said. 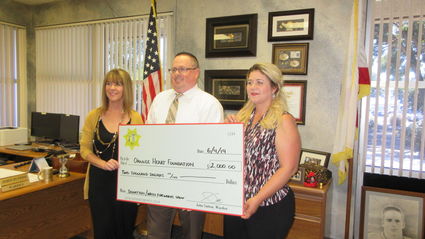 "We have 5,000 prisoners at Wasco State Prison," Sutton said. "The prison used to be an annex but now it is incorporated into the city."

The site was originally a dove-hunting spot.

Sutton's goals for 2020 include maintaining the safety within the prison and keeping up with the new laws provided by the Department of Corrections.

"I am proud of the staff here at the prison," he said. "Staff doesn't hesitate to give back to the community."

"To be able to live and be in a position to give back in Wasco is a special feeling."

Sutton has been at Wasco State Prison for 29 years.

"The state is a great provider," he said. "I never thought I would have this opportunity to work with such a dedicated staff."

Even though Sutton and his wife are getting ready to move into a home on the Central Coast, he plans to drive back to Wasco Monday mornings and stay through Friday.