Express Pharmacy is part of community 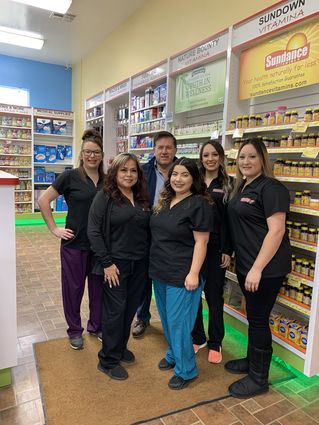 The Wasco staff of Express Pharmacy.

In keeping with the tradition of providing superior customer service, two local pharmacies offer to deliver what their customers need – from Bakersfield to Delano.

The Shafter and Wasco pharmacies are both named Express Pharmacy and owned by Alex Hussein.

Hussein grew up in Detroit, Michigan where he attained a bachelor of science from Wayne State University's pharmacy program. When his older brother moved to Shafter and opened his own supermarket, Hussein followed.

"The best thing about Wasco and Shafter is being a part of both communities," Hussein said. "In smaller communities, you get to know everybody and become a part of them."

The Shafter location, 825 Central Valley Highway, has been open since 2008; the Wasco location, 630 F Street, opened in 2011. Hussein spends most of his time in Shafter, which has 11 employees. There's six employees on the staff in Wasco, which is managed by Sam Alagha. The previous manager, Tedibus Tirmidi, passed away in 2019 after working for the Wasco pharmacy from the beginning.

"When people drive by the Wasco location, the first thing they notice is a large rock jutting out of the sidewalk in front of the pharmacy." Hussein said. "The previous owners, the Clarks, placed a bench so people could sit and wait outside -- until a [real creepy-looking] clown took over the bench and scared children. The city then removed the bench." 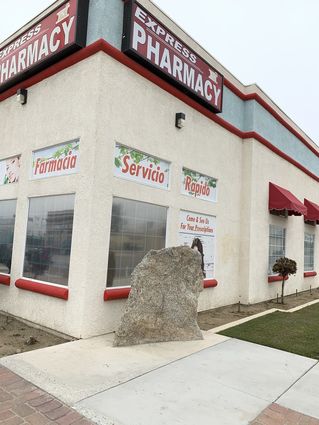 "We do one and one-half times more volume than Rite Aid," Hussein said, referring to the nearby chain pharmacy. "Our translation services and delivery service are just a sample of what we can offer our customers."

Both pharmacies are well stocked with various sundries, makeup and pharmaceutical items ,such as vitamins, orthopedic aides, feminine hygiene products, hair brushes of all types, small toys for children and even hair-dying kits.