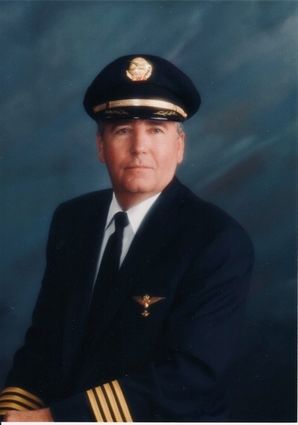 He is survived by twin sister Bette Williams; children Kevin Woolley, Sarah Woolley and Taryn Woolley; and grandchildren Katelynn Woolley, Nathan Woolley and Cashlie Rennie; as well as his stepdaughter, Natalie Hitchcock. He was preceded in death by his partner of 10 years, June L. Bartlett.

Bob was born and raised in Wasco, the son of Herb and Ruth Woolley.

In his early years, Bob spent time fishing, hunting and boating with his father and grandfather. He was also an avid swimmer and tennis player in high school. His passion for flying started at a young age. He was very involved in the family crop-dusting business; his father taught him to fly when he was 16 years old.

Bob attended Bakersfield College before enlisting in the Navy. He went to flight training in Pensacola, Fla., then transferred to Travis Air Force Base, where he trained to fly C130s. He was awarded the Air Medal for his service during Vietnam.

Following his father's advice to get training on larger, multiengine planes, he transitioned easily from the Navy to Trans World Airlines after completing his military service. Bob had a remarkable 34-year career with TWA, flying their entire fleet of aircraft. He retired as a captain flying 767s internationally.

It was during one of his flights that he met Nancy Dalton, who was serving as a flight attendant. They married, had two children while living in San Jose, and then moved to Westlake Village in 1980, where they had their third child.

Bob moved to Fox Island, Wash., in 2006, where he spent his time fishing on his boat and feeding the local wildlife. He also was an active member of the Fox Island Yacht Club.

While living on Fox Island, Bob met and fell in love with June L. Bartlett, a retired advanced registered nurse practitioner. They shared many happy years and adventures: boating, traveling, cooking and playing with their beloved dogs. They were inseparable until she passed away shortly before him.

Bob's outgoing nature was cherished by all he knew; he was a friend to everyone he met. A selfless man, he served his family and friends without looking for anything in return. He will be greatly missed.