The year in review: 2019 was an eventful year for Wasco 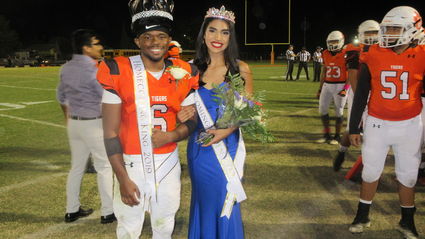 For 2019, Wasco had an exciting year planned with the news that a professional baseball team was coming to town this spring and summer. The team is the Wasco Reserve. The Reserve is part of the Pecos League, which is owned by Andrew Dunn; the team was coached by Bill Moore.

January experienced Wasco changing mayors from Gilberto Reyna to the youngest mayor ever, Alex Garcia. Garcia was 28 when he rotated into the top spot for the city.

Continued planning for the beginning of construction for the Wasco Union Elementary School District was underway and the proposed completion of the new school would be ready for the first day of school in August. In addition, the construction of the new Richard Reding gymnasium at the newly renamed Palm Avenue Middle School was also underway. The district was also beginning construction on the Maintenance Operations and Transportation Building.

During the month of February, Wasco Independence High School was named a model continuation school by the State of California. During that month, the City of Wasco declared February Safely Surrender Month, promoting safely surrender baby laws.

In addition, a grand opening ceremony was held at the Wasco Animal Shelter, 5409 7th St., for visitors to see the four new fenced play yards, a dog run and a public viewing area where potential owners can interact with different animals. A $28,000 grant was given by PetSmart Charities to the animal shelter, and the city used the grant to provide fenced play yards so the dogs can run and play; animals can participate in public viewing and interact with potential new owners.

February was a great month for Wasco schools when Wasco High qualified for the first time in the school's history to participate in the academic decathlon state championships, held March 23-25 in Sacramento. Wasco was also preparing for the annual Relay for Life event, to take place in April.

In other business news, the owner of El Pueblo market attempted to revive the market; however, several months' later, the store would once again go out of business.

An immigration workshop was held in March at Wasco Independence High School where help was available to those who wanted to become United States citizens.

The Wasco Recreation and Parks District worked with the Wasco Reserve and fixed up the Ball Park to accommodate the incoming team. A new press box was built, and SAL kids assisted the department by helping out the coach whenever requested.

Business got a bit sweeter when a new cupcake business opened. Sweet 7th Street opened its doors at the beginning of April; however, the doors would soon close as the owners opted to focus on another restaurant they owned.

Wasco students participated in the county History Day competition. Madison Martinez was sent to the state-level competition with her presentation of famous Indian Sacagawea. Martinez was able to compete at the state level in Rocklin, Calif.

Other activities in April included the WHS Powder Puff volleyball game with the juniors playing the seniors. Biographies and photos were filling the paper of new Wasco Reserve ball players.

During the week of April 18, SAL had a community cleanup where city employees, SAL kids and residents met at Barker Park to help clean up the streets and alleys within the city. Large items were collected by dedicated drivers with trucks and residents were able to clean up their property to everyone's satisfaction.

Downtown Business Association Vice President Camilo Vasquez began holding a free healthy cooking demonstration at the library the first Wednesday of the month. In April, it was smoothies with fresh fruit and little sugar.

Ending the month of April was a Coffee with a Cop event. Sergeant Augie Moreno hosted the event with several of his officers as they chatted with residents and shared a cup of coffee with residents.

St. John's Catholic Church held its Passion of the Cross on Good Friday.

During the month of May, long-time Wasco resident Mary Ellen Rexius was recognized at a tea held in her honor as she headed to 100 young.

Danny Eusebio, who teaches at WHS, was selected as Teacher of the Year. He is well-known for his videography. His students develop advanced skills and are well-versed in digital photography and videography.

May was also the month for the annual Shafter-Wasco Relay for Life in which anyone who has survived cancer or knows someone who has had cancer participate in the annual walk around the school track.

K & R Banquet Hall was a new business in town. They held an elegant ribbon cutting and invited everyone to a catered meal. Owner Ruth Ramos and her husband, Oscar, gave tours to attendees of their two dining areas and also provided a gourmet meal.

May was also the FFA's annual end of the year party, where students were able to share the evening with their parents.

WUESD named Rene De Leon as its 2019 Teacher of the Year. An awards assembly was held at Thomas Jefferson in order to recognize student achievement. Parents were invited to attend this event.

Activities stepped up in May as Prueitt held a career fair and WHS and the Woman's Club held its annual prom for special education students.

May ended up with another new business opening up. This time it was Cakes by Karen. She makes cookies and specializes in decorated cakes. During the six months that she has been open, she often runs out of her desserts, and she can be found planning for her next day's menu.

The Woman's Club held its annual rummage sale and WHS had a career fair where students could learn about the different careers from the many vendors who attended.

During June, the Rose Queen candidates' names and sponsors were announced.

The North Kern Vocational Regional Training Center announced it was closing its doors within a month or two. WHS Assistant Superintendent Robert Cobb presented an update on the classes that WHS will add to its schedule to replace some of those lost due to the closure.

The July 4 fireworks show was held on July 4. There were numerous food booths, game booths and lots of activities for kids during the event. "This was a great fireworks show," visitor Denise Maytubby said.

This month the Boys and Girls Club sponsored a computer session for kids in Semitropic School District. The students created their own mini robots and had robot wars. It was a fun break for many of the children.

The city was engaged in the weekly Farmers Markets where everyone could come downtown and shop for fresh, chemical-free produce.

In July, the Rose Queen pageant candidates were announced and there were 11 girls participating in it this year.

With the beginning of August, thoughts of school occupied a lot of time. Because of the building of a new school and the change in Palm Avenue, new boundaries were created to enable those attending Palm the safety of not crossing Highway 46.

Oscar Luna was designated at the new principal of Palm Avenue Middle School. The city was was introduced to the Mio Electric Car.

Westside Family Fellowship held its annual Shoe Frenzy where families could get a free pair of shoes for each school-age child.

September was an unusually busy month for Wascoans because the pageant was the first Thursday of the month, when Elisa Flores took the title for 2019.

In October, the evening of Wine and Roses took a more formal turn for this year's event.

WHS Varsity Football Coach Chad Martinez was profiled before the last two games. During senior recognition night, the Tigers beat Taft; however, the Tigers lost to the Generals during the rivalry game,

During the month of September, the High Speed Rail Authority came to town to provide an update on the construction. Construction has begun along Highway 43, and pillars were visible along the route.

Grand Marshals for the Wasco Parade and Festival were announced. This year it was two couples, Danny and Petra Rueda and Ken and Tina Newman. Each reigned over the parade and the day's events at Barker Park.

October was also the month of Homecoming for WHS. The Tigers played Chavez's Titans and lost the game, 25-14.

The October business story was the opening of a new furniture store in town – I Home furniture, on Highway 46. The owners also own an IHome Furniture Store in Shafter on Lerdo Highway.

During October the schools celebrated Red Ribbon Week, which sends the message drugs are dangerous. Within Wasco, there was another community cleanup coordinated by Wasco SAL. Another Trunk or Treat was held before Halloween, and the kids went all out on their costumes.

Behavioral Momentum Services opened its second facility in Wasco in early November. They held an official ribbon cutting and provided an outdoor buffet for attendees. The center focuses on children on the autism spectrum.

WHS girls played their annual Powder Puff Football game in the rain, and the seniors beat the juniors once again. In addition, Palm Avenue hosted its first career, fair with 25 vendors ready to guide students toward interesting careers.

Kern County Sheriff's Commander Ian Chandler passed away, the day before his birthday. Local farming icon Don and Izetta Camp both passed away within days of each other. 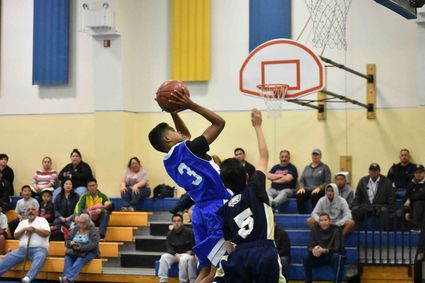 In December was a busy one, with Toys for Tigers Christmas Tree event starting things out. There were tables for everyone's taste – a letter to Santa table, a face painting table, decorate a Christmas card table filled with glitter and sparkly stuff the kids love using.

The were plenty of other events that happened in Wasco in 2019. SAL held several events and cleanups, VFW was in charge of the car show at the Wasco Festival, numerous churches held carnivals for the public and the City Council rotated in a new mayor in December for a one-year term, Tilo Cortez.