A player hits the road

A next step for girls softball players 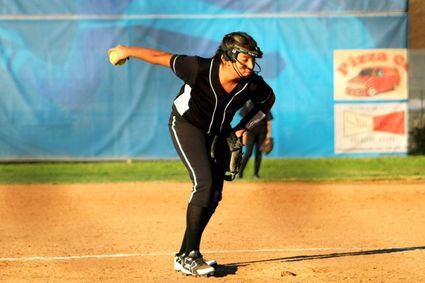 After local resident Richard Martinez retired this year as a girls softball coach for his granddaughter Ashley Martinez's Banditas softball team, he knew it was time to hang up his glove and give Ashley some room to try something more difficult. "They had a great final season, Martinez said. "They were 9-0-1."

Because she had outgrown the younger league, she was encouraged to try out for a fast pitch (50 mph) girls traveling softball team, and she made it. Following her grandfather's coaching, she was able to make the Bakersfield Power Travel Softball Team. The traveling team plays most of their games in Southern California under the coaching of Bakersfield's Ricky Baltazar.

Baltazar has the same baseball fever that Martinez still carries with him. Both eat, sleep and breathe baseball, and both love coaching girls' teams.

"In 2017, I started out with a 10-year-old slo-pitch softball team, and the seven girls on the 12-year-old team are originally from that team," Baltazar said. "Now I coach both teams."

"I've never had two teams," Baltazar said. "I'm excited for the girls in other cities learning who we are."

Baltazar remembered another travel team from Wasco, the Wasco Divas. "They used to win everything," he said. "That team would come to Bakersfield and beat everybody."

That's the kind of reputation that Baltazar wants for his teams. "I know there are talented Wasco players," he said. "I would love to have more girls from Wasco on the team."

Baltazar says the girls work hard and play hard, but he tries to make each practice fun for them. Also, he is a true believer that grades come first, and when some of the parents keep their girls home from practice for more study time, after he talks to them, he lets the parents know he understands. 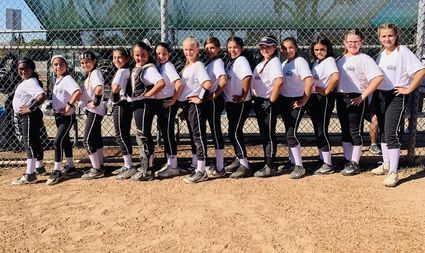 One of the key goals for Baltazar is to get each player a college scholarship. He wants the girls to continue their ball careers as long as they can, and he wants them to play for good schools.

He added that his brother-in-law's daughter plays for a Southern California team, and she is already being looked at by colleges. "She had an offer to play for New Mexico; however, she hopes to play for Michigan State. She's an A student."

The cost of the traveling team is kept as low as possible, Baltazar says. The 10-year-old team costs an annual fee of $80 and the 12-year-old team is $60. This fee covers insurance, tournament fees, scrimmages and practice games. "The team holds several fundraisers to help cover the travel costs, and there are sponsors for them that also help with the costs," he said. "We try to keep costs at a minimum. The uniforms are also basic and inexpensive."

"We want to be the best in California," Baltazar said. "I hope we can get experienced girls to try out."