Tilo Cortez takes over as mayor 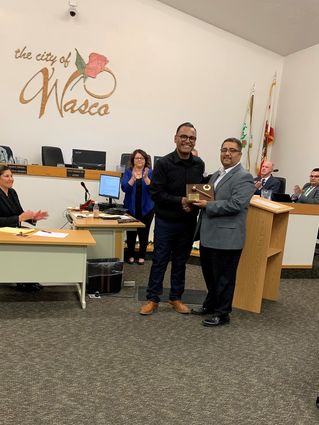 Under a new mayor, the City Council voted unanimously not to accept a proposed change to the city agreement with the High-Speed Rail Authority.

The vote on the railroad agreement was taken after a discussion continued from the meeting on Dec. 3.

According to City Manager Daniel Ortiz-Hernandez, the original agreement authorized the city to be compensated for staff and resources spent on the HSR project through Wasco by cost recovery. This agreement expires Dec. 31.

"Even though the original agreement was intended to cover the city's cost of staff and resources ... HSRA has changed the interpretation of the agreement," Ortiz-Hernandez said.

"Their explanation is that only certain activities were to be reimbursed by HSRA, while other activities are to be covered by HSRA's contractor California Rail Builders." Ortiz-Hernandez said.

The city submitted an invoice for $84,184 and was asked to revise it to follow HSRA's instructions. Ortiz-Hernandez told council members that the city has only received $46,243 from the bill.

HSRA asked the city to bill $29,736.25 to CRB, even though the city does not have an agreement or documentation with the CRB.

Mayor Tilo Cortez questioned the Central Valley Regional director of the California HSRA, Diana Gomez, about the reimbursement. Gomez said that if the city signs the amendment, she will meet with the California Rail Builders and get them to pay the remaining monies due to the city.

"We are committed to working with the city," Gomez said. "The contractor [CRB] has to pay the city."

"I don't feel comfortable signing the agreement before the city has its money reimbursed," Cortez said. He also feels that the contract is vague and not to the city's benefit.

According to Mayor Cortez, the city can have legal counsel work together to ensure the city gets paid back. 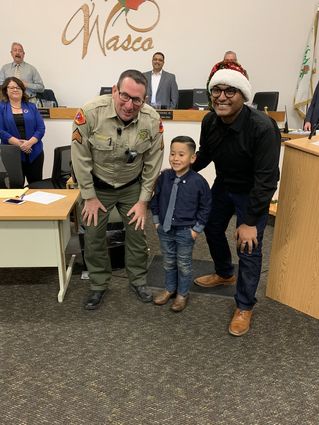 In other council business, the Housing Authority asked the city for assistance in paying for security for the former labor camp due to a large number of break-ins. Cortez has been working to place everyone from the original camp into a permanent home. He is hoping this will be accomplished by March 2020.

The council unanimously agreed to use no more than $10,000 in Measure X funds to help pay for security at the site.

At the beginning of the council meeting, former Mayor Alex Garcia invited the community to join council members for a reception ending his term as mayor. Several well-wishers joined the council for the event.

In addition, Maximus Lopez, son of Dolores and Rigo Lopez, led everyone in the Pledge of Allegiance to open the meeting.